From the latest build, it has been confirmed that Microsoft is not only aiming to integrate Xbox One into the desktop version of Windows 10 but also into the phones as well.

While the concept is yet to be explained in detail at the moment, an in-depth look into the build confirmed that the Lumia phones which get launched in the near future will be fully integrated with your gaming console. The feature is known as ‘Xbox On’ which will allow you to instantly know every detail about your favorite pass time, including the achievements you have unlocked so far, the number of friends in your list, their online or offline status and the ability to watch clips from the games that you have saved earlier.

Overall, this is going to a handy addition for players to keep track of their hobby on their phones and be in touch with their gaming buddies. Instead of having to wait to go home and reply them or know an achievement, you can do it on the go, which is the convenience this feature offers.

The developer team confirmed that the additional features related to the Xbox On are coming in the following updates for the phone. It will allow one to have full integration of the television guide when it is hooked up to the Xbox One console and also support live television program streaming.

While these are familiar apps from the lot, they have undergone a major change in terms of looks and will sport the same design as found in the brand new operating system. It will look similar to the metro apps, making it easier to access, edit and use on touchscreen devices like smartphones and tablets.

Xbox One Update is Live

Xbox One has also received an update for the month of May, which brings in some interesting features including voice recognition among many others. The console is getting much better than it used to be, after so many updates have rolled out, but it does need some good exclusive titles that people could consider buying it. The competition with PS4 continues but as both consoles lack exclusives at the moment, it is hard to recommend one over the other.

After Facebook acquired WhatsApp, the first major feature launched by the instant messaging service was the introduction of… 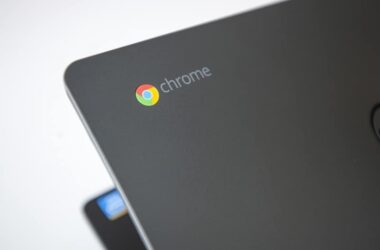