Android 5.1.1 update is rolling out to Google’s Nexus tablets: 9, 7 and 10, and this version is supposed to fix many issues in Lollipop, but we don’t know yet if there are many users affected by the battery life problems which were inherited from the Android 5.1 update, which were reported even by the Nexus 6 users.

Because of the battery life problems, Google released Android 5.1.1, which is rolling out in phases, and will be available for four Nexus devices. Now it’s too early to tell if the users are content or if there are many experiencing the same battery drain. Only a few users complained about this problem, but we’re waiting for the rest of the Nexus owners to receive the update and to leave a feedback.

Identify the applications that drain your battery

When you feel that your device is dying faster than usual, you’re probably running a bunch of applications, most of them eating not only the battery, but the RAM as well. Most likely, you’ve installed graphical or data intense applications, without knowing that they can affect the battery life of your Nexus tablet or smartphone. To track the applications that drain your battery, you can go to the Battery section of Settings. When you find out which app is the battery killer, take the decision to uninstall it and install an alternative. But, if you’re not sure which software is eating your battery, restart your Nexus device and boot into Safe Mode. Turn on the screen, press and hold the Power button, press and hold the Power off option from the dialog box, then tap on OK from the next dialog. Safe Mode disables third-party applications and you can identify the applications that are guilty of killing the battery.

From time to time it’s recommendable to restart your Nexus device, because this way, your cache will be cleared and the battery life can go back to normal.

Since we started talking about the cache partition, this is how you can clear it manually. You will need to press and hold Power + Volume Down buttons in the same time and wait until your screen has something else than Google on it. When you see the large arrow at the top of your screen, tap the Volume Down multiple times until you see Recovery in that arrow. Next, you will tap the Power button and an Android will appear with its chest open and having a red triangle and exclamation mark in the middle. Since you’re holding the Power button, you will have to tap the Volume Up one time, then release the Power button. Immediately, a list of items will appear at the top of the screen. You will tap the Volume Down until the item for wiping the cache partition will be highlighted, then to initiate the clearing process, tap the Power button. You will need to wait between 10 and 15 minutes for the process to complete, then you’ll restart the device.

Disable services that you’re not using

WiFi, Bluetooth, GPS or NFC must be turned off when you’re no longer using them. To do that, go to your Nexus’ quick settings menu or “kill” them from Settings. 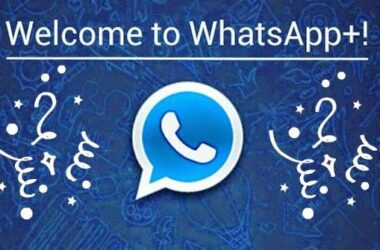 We can clearly say that WhatsApp Messenger is the mobile application of the moment, as it has over…