WhatsApp free download and Facebook Messenger are two of the most used messaging applications in the mobile industry today.

It is no wonder the two have the largest and second largest user base as far as instant messaging is concerned, where WhatsApp has more than 700 million users across the globe, while Facebook Messenger boasts an impressive 500+ million users.

However, one surprising thing about these two apps is that they are now under one umbrella and that is Facebook. Facebook took over WhatsApp last year in a deal that rose to about $22 billion. Despite this, the social media company is still pushing through with its instant messaging app, which offers pretty much the same instant messaging services as those available on WhatsApp.

WhatsApp has seen lots of developments come its way in the recent past and these changes have come in to completely alter the way this application is used to communicate. Using the recently introduced WhatsApp Web, users of WhatsApp can now access the instant messaging services of this application from a desktop. However, WhatsApp Web is a web client and as such, it must be accessed through Google Chrome.

In order to get this service on your PC, make sure you have downloaded the latest version of WhatsApp on your Android, Windows Phone or BlackBerry device (iOS is not supported) and using your Chrome browser on your PC, search for WhatsApp Web and from the resulting page, you’ll see a QR code. Launch your mobile app and navigate to the menu from where you’ll see “WhatsApp Web”. Select it and scan the QR code on your screen using your phone’s camera.

You’ll immediately see all your previous messages on WhatsApp appear on your PC. Furthermore, all incoming messages will also be displayed on your PC. However, make sure that your phone remains connected to the internet and it’s fully charged.

On the other hand, Facebook Messenger is only meant for mobile phones and tablets. This application has no PC app and thus, it cannot be directly installed on a PC. However, it can still be possible to use it with the help of an emulator such as BlueStacks.

In essence, both apps can be installed on all major mobile operating systems that include iOS, Android, Windows Phone and BlackBerry.

Facebook Messenger is a Facebook-based application that is designed to offer users with chatting services only. Just like many other apps, chatting with a friend on Messenger is free of any charge. Furthermore, this app is available for free download. On the other hand, WhatsApp can be downloaded for free. However, it can only be used as a free app for the first one year after download. After that, users will have to pay a fee of $0.99 per year in order to use WhatsApp.

WhatsApp voice calls are just around the corner after some users of the app reported to have used the feature on their devices. While WhatsApp will only be introducing voice calling services, Facebook Messenger already offers this service in addition to offering free video calls to the same users of this Messenger. 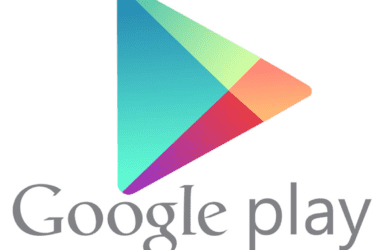 Are you ready to bring Springfield to life in your Minecraft Xbox 360 edition? If you have been…