Below is a detailed side-by-side comparison of these two innovative pieces of technology, and why they are less similar than they look.

– As far as design is concerned, there are substantial differences between Google Glass and HoloLens. Google Glass was designed to look more like regular glasses. Microsoft clearly never had the same agenda when creating HoloLens, which is much bulkier, and does not look anything like real glasses.

– The eyepiece on HoloLens is distinctively much darker, sort of like sunglasses. On the other hand, Google Glass has a clear eyepiece, and is much smaller.

– The whole point of Google Glass is to slightly augment the real world. On the Contrary, Microsoft’s HoloLens seeks to create an immersive virtual world for the wearer.

– When it comes to functionality, HoloLens seems like an advanced version of Google Glass. Google Glass is meant to help keep track of things such as incoming messages and so forth. However, HoloLens is intended to handle more complex computing. For instance, wearers of HoloLens can play video games and explore holographic virtual worlds.

– In addition to voice recognition and and a touchpad, which are both present in Google Glass, HoloLens also has motion tracking so that users can control the device by moving their heads.

– The two devices run different types of software. Google Glass runs a proprietary software built specifically for the gadget, while HoloLens is powered by Microsoft’s next version of Windows, Windows 10. Again this goes to show that while Google saw Google Glass as a technology for doing simple tasks, Microsoft views HoloLens as an innovative way of doing general computing tasks.

Both Google Glass and Microsoft’s HoloLens seek to augment the world as you see it through the introduction of a virtual world. Basically, with both devices, the wearer is able to see the virtual world in addition to the real world, although to differing intensities.

Strange as it may seem, the physical similarities between Google Glass and HoloLens exceed their functional similarities. HoloLens is built to handle complicated computing tasks. You can even think of HoloLens as a trendy, wearable alternative to a regular computer.

On the other hand, the tasks that Google Glass can handle are quite different from what HoloLens is built to deal with. So, in a way, both devices serve different roles. None of them is an adequate replacement for the other – you might as well own both.

As far as new and innovative technologies go, Microsoft’s HoloLens is as authentic as they come. Despite apparent physical similarity to Google Glass, HoloLens offers a unique experience that clearly distinguishes it from what Google Glass provides. Essentially, HoloLens seeks to change the way people do basic computing tasks such as playing video games. In contrast, Google Glass mostly seeks to improve the convenience of doing simple tasks such as checking messages. 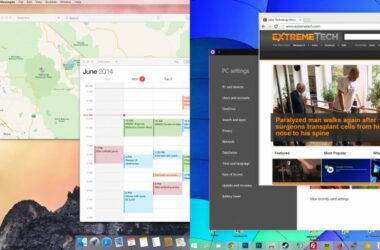 Many of the Windows users were not extremely happy with the Windows 8, and now they’re waiting anxiously… 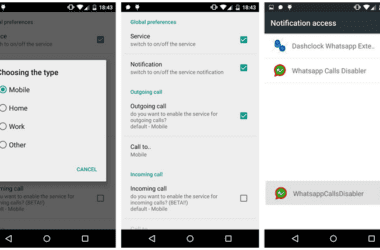 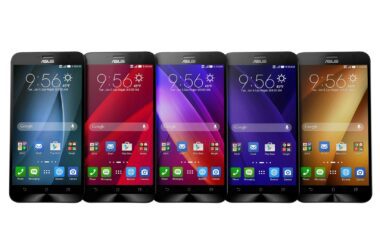 Asus brought its Zenfone 2 smartphone at the CES 2015 event and shortly after that, the company released…