WhatsApp Android vs WhatsApp iOS – Which One Is Closer To Perfection?

800 million people are the living proof that WhatsApp’s popularity is continuously growing, as currently, this is the mobile application with the largest number of users, but they’re divided into six categories, according to the supported mobile platforms. Android is Google’s biggest achievement in matter of software and since there are so many users on this platform, many of them registered to WhatsApp to chat for free with their friends. iOS is the second most used platform and recently, WhatsApp added the Voice Calling feature to this version, after teasing the iPhone owners in the past months.

While other messaging applications made their debut with fixed features and they’ve never added others, WhatsApp went through a transformation process, starting off as a simple texting service, and becoming a powerful VoIP service, but which allows making voice calls only between WhatsApp users. Skype or Viber are far ahead of WhatsApp in matter of VoIP calls, each one having its separate service which allows calling landline and mobile numbers at low rates.

The Voice calling feature came only in February 2015, being tested on the Android version for a while, by a limited number of users who got invited by the developers. The beta testing program lasted a few weeks and during this time, the lucky users made calls and activated this feature on their friends’ devices. Later, the first beta version for Android was released and came included with Voice Calling, making a lot of iOS users very jealous.

The updates for WhatsApp kept on appearing and each one brought new bug fixes, performance improvements, as well as visual changes, such as the Material Design and the changes that affected the user interface, especially the calling UI. WhatsApp for iOS is behind with updates, but at least the calling feature finally showed up. The bad news is that the Calls button isn’t active and the users must wait until they’ll be notified when the feature will be available on their devices. For now, this wanted feature is rolled out in phases and will reach all iOS users in short time.

When the developers are ready to add new features, firstly they choose to implement them on the Android version. After a while, they bring them to the iOS version as well, but it’s frustrating to be treated as a second-class citizen, even if you own a premium device which is running on one of the most appreciated operating systems.

The Voice Calling feature came to Android Lollipop back in February, while the iOS version received it towards the end of April. Then, Material design was introduced on the version 2.12.38 of WhatsApp for Android, being followed by similar changes in the iOS version.

There are differences between the two versions, as in iOS, the button for sending files was placed next to the text bar, while this spot was reserved for emoticons on the Android version. While Viber allows its users to reply from the lockscreen, WhatsApp for Android shows a short preview of the message in the notification. The iOS 8 version of WhatsApp displays contacts arranged in Alphabetical order and you can easily find the person you’re interested in chatting with. 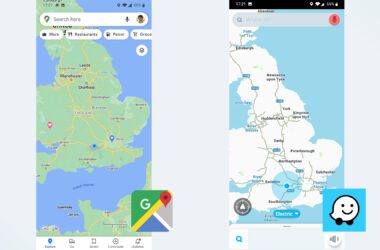