WhatsApp, perhaps, has the highest number of people using it, even though it is not very rich in features as many of the other messengers. It eliminates the need to add contacts manually by using the existing phone numbers in one’s contact list. Apart from instant messaging, it can send recorded voice messages, emojis, stickers, media, broadcast and group messages.

It is the official instant messaging app of facebook connecting all of your Facebook contacts. Recently, an added feature allows the user to message even the non-Facebook friends using their phone number. It has also got emojis, stickers, groups, location data, voice recordings and photo sharing.

Viber features a huge Sticker Market, where the user can get thousands of free and paid sticker sets. The user can send Instant messages and recorded voice messages as well as it also has the option to call any phone number using Viber Out.

BBM is not as attractive as the rest of the apps, but it does offer some cool features including: timed messages, always-on, retractable messages, delivery reporting, 2-way opt-in, emoticons, groups and broadcast messages. The ability to choose who can message you makes it a great messaging option.

Hangouts is a combined SMS and IM app. It can be used to automatically place calls from your phone via Hangouts rather than traditional carriers. Streamlined features, like combined chats with contacts regardless of message type, have helped in improving its usability. Other features are location sharing, video calling and media sharing.

Skype has always been popular when it comes to video messaging and video chats for free. but the instant messaging is just as popular. But, as it requires a Skype ID, one is only able to add friends with their Skype contact name. With Skype credit, the user can make cheap international calls as well. Also, one can have the same account on a number of devices. It offers media sharing, group chat and emojis too.

Tango features much like all above including instant messaging, stickers, media sharing, video calling and group chat. It can find your friends automatically based on your contact list, if they are using the service. It also allows you to make calls and find friends or people in the vicinity using the service. The mid-call mini-games make it different than others.

KakaoTalk features free chats, group chat, calls, recorded voice messages, media sharing, stickers, location sharing, emojis and themes. One can use the service on multiple devices and multitask while talking to someone. KakaoTalk surely deserves more attention than what it is getting.

If you have a bit of time to spare (and you’re mates are willing to have a try too), give the other apps a go and see what you think. If your friends and family are willing to move too then you can take advantage of what these alternative messaging apps have to offer. 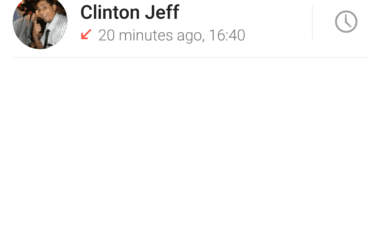 WhatsApp is the application of the moment, being used by over 700 million people who installed it on… 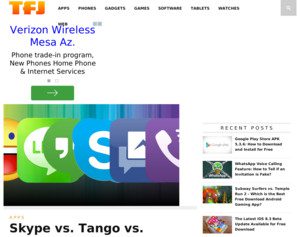 Skype vs. Tango vs. Viber vs. Google Hangouts – The Best Free Downloads for Video Calling

Skype, Tango, Viber and Google Hangouts are just a few of the many free video calling apps that… 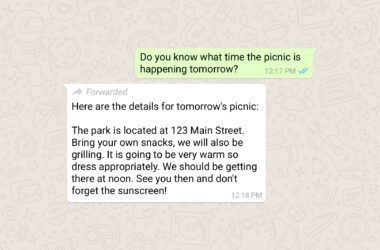