Google recently confirmed that the Android 5.1 Lollipop update for all of its products is ready to be rolled out.

These products include the Nexus series of smartphones and tablets that had already received the Lollipop update, in addition to the company’s home entertainment system, the Google Nexus Player.

At the moment, the Google Nexus Player is installed with the Android 5.0 Lollipop TV software. However, this OS had lots of bugs and performance issues that needed fixing and improvements. These bug fixes and improvements are the things to expect when you update your Nexus Player to the latest Android 5.1 Lollipop.

The Google Nexus Player is not just a set-top TV box; rather, it can also be used as a gaming console for Google Play Games. Now that this device is getting the new Android 5.1 Lollipop update, gamers will have even more fun with this device.

Since this device is also targeting the Android smartphone market, it comes with a new Bluetooth Gamepad that aids with gaming controls when playing the most sophisticated games. It is also possible to play some less sophisticated games using the voice-enabled remote controller.

The good thing with this Google Nexus Player is that it can take in a maximum of four Gamepads, which means that you can let your friends or family join in the gaming experience. There are also a number of updated group-enabled gaming apps that are available on the official Google Play Store.

If you own one of the many Google Nexus Players available in the market today, you should be ready to receive an OTA update of the Android 5.1 Lollipop for this digital HD TV set-top box.

Even though there is very little that can be said about the new changes that have been included in the latest version of the Android 5.1 Lollipop OS for this Nexus Player TV device, it can be confirmed that there are very little aesthetic changes as far as the user interface is concerned.

However, when you update your Google Nexus Player with the latest Android 5.1 Lollipop TV operating system, you will notice that there is a new functionality added to the device. Just like the Chromecast, it is now possible to reboot the Nexus Player without even unplugging the box. This you can do by selecting the “Restart” option, which can be found under the “About” section of the device’s Settings.

The Nexus Player Android 5.1 Lollipop updates have already begun rolling out. However, this has only been present in a few select countries that include the United States of America, Canada as well as Japan. Other regions are expected to get the update very soon. There are even some users in the United Kingdom who have already started receiving the Android 5.1 Lollipop update on their Google Nexus Player TV set-top boxes.

The update will be released in order of priority where those who own a 2014 edition of the Nexus Player will be among the first to get the updates while those on older editions will follow suit in the weeks to come. This should not be ages apart though.

The Google Nexus Player is available on a number of websites that include Amazon, Best Buy and Newegg and it can be bought for around $99.99. This price is however not inclusive of the ASUS Gamepad, but it can still be bought from the same websites at around $39.99. 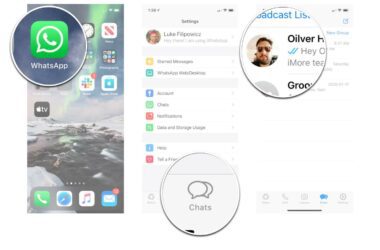 If you have an iPhone and you’re using WhatsApp to chat with your friends, we suggest you to…

Skype vs Wechat vs LINE – Which Serves the Best Free Video Calls?

Most times, actions speak louder than words. There are times when a voice call or chatting cannot convey… 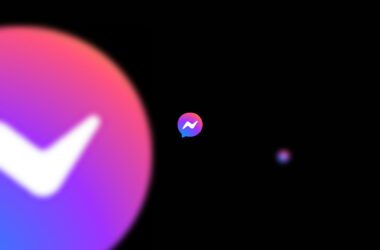 Facebook released in 2011 a mobile version for smartphones running on iOS, Android and BlackBerry OS and over…