HTC, otherwise known as High-Tech Computer Corporation, started operations as a manufacturer of notebook computers and this was back in 1997.

A year later, HTC jumped onto the mobile phone world and since then, this company has been doing amazingly well in this industry with the release of some amazing products for high-end users as well as low-end users.

The first HTC smartphone, which was in collaboration with Microsoft, had to wait for four years after the company had moved onto the mobile world. This was in 2002 and since then, it is hard to miss HTC anywhere when talking about premium gadgets, especially in the smartphone world. This is where this company has established its name, providing users with some exceptional designs and features on devices that offer unmatched performance levels.

Despite the huge success HTC has seen in the high-end spectrum, with the latest success being spearheaded by HTC One M8, this company seems to be shifting its attention towards the other end of the spectrum and with its highly affordable yet spec-packed smartphones, there is some damage that this company is readying up for other players in this category with respect to market shares.

This shift sees the company shift its attention to manufacturing a new HTC Desire 626, which is essentially going to be an upgraded version of the Desire 620. Even though there is little information about the features and specs of the upcoming Desire 626, we have managed to compile a list of specs that will probably come with this new device based on what other tech experts, bloggers and websites are saying.

Furthermore, the design of the upcoming HTC Desire 626 will be no different from what users of HTC Desire 620 have. However, this new HTC smartphone is expected to come with a different color palette.

The hardware of the Desire 626 is where the changes are expected to start coming from. While the HTC Desire 620 has had some significant success of its own, the new Desire 626 will be much bigger and better as far as hardware specifications are concerned.

One thing that has been made obvious in the latest news is that the HTC Desire 626 will come in two variants. One model will be equipped with a quad-core Qualcomm Snapdragon 410 chipset and be powered by a RAM of 1GB. Another variant, which is better spec-packed than the former variant, will feature an octa-core MediaTek chipset and it will be supported by an impressive RAM of 2GB. There is no news about the processor speeds that will be included in this device.However, it is expected to surpass the 1.2GHz that is found on the Desire 620.

Even though HTC’s first mobile phone was made in conjunction with Microsoft, this company is expected to keep its trust with Google and install Android 4.4 KitKat on the HTC Desire 626. However, this would mean that this device will still be capable of running the latest Android 5.0 Lollipop without any problems.

HTC is one of the best companies when talking about quality of cameras on mobile devices. While you’ll find a 5MP snapper on the front-facing camera of the HTC Desire 626, the rear camera is equipped with a 13MP shooter, which is quite an impressive quality of cameras.

The HTC Desire 626 is expected to cost between $250 and $350, which is not so expensive considering the amazing features of this device. This is the same price range that the Desire 620 sells at, which currently goes for around $310.

Even though the release date of the HTC Desire 626 has not been made official, the latest rumors suggest that this device will be launched at the upcoming Mobile World Congress in Spain. 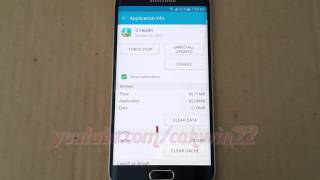 The Samsung Galaxy S6 is a new phone and with every new device, there come new tasks, features… 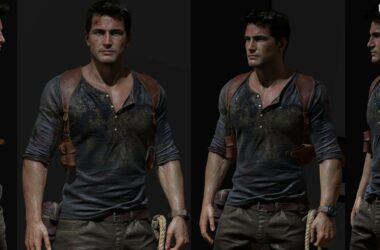 ]]> Samsung needed a change and went back to the drawing board, building the new flagship from scratch.…