If you own a smartphone that you feel is a little past its hay days, don’t even start pondering on how to get a newer and a pricier device, just in the name of getting an upgrade.

As it is commonly said, patience pays! Just a few days from now you will come across one of the smartest smartphone cases ever made. The U.S. smartphone owners can now think less about getting a new Samsung Galaxy S6/Edge or HTC One M9 and instead, they can start thinking of getting a less expensive yet very clever addition to their older smartphone.

This new and very intelligent smartphone casing will ship with interchangeable modules that are also multifunctional. Using this casing, you can be sure of using your device for most parts of the day without replacing the battery unit and even add more memory to your phone.

Nexpaq case for your Android smartphone

The new phone casing that was recently unveiled in the U.S. is known as Nexpaq. Using this clever case, the users of the older smartphones can easily boost the performance and power of these devices by adding all sorts of extras that make the phone more useful than before. Among the additions that Nexpaq comes with to your old Android smartphone is the ability to add more memory to your phone as well as to improve the battery power or life.

In order to add more extras such as speakers, torch, a USB flash drive, thermometer and even a breathalyzer, the only thing users need to do is to simply pop in newer modules for these purposes. This move is aimed at eliminating the questions that come in immediately after a new model of a phone is launched. For instance, those using HTC One M7 and M8 will definitely have something to complain about as far as the power and performance of these devices are concerned, when compared to the new HTC One M9. The same is also happening with Galaxy S5 and the new Galaxy S6.

Nexpaq smartphone casing comes in with something different where users can easily expand their phone’s lifespan, switch functions with their friends as well as allow them to customize a phone that is tailored to their individual needs and desires.

The Nexpaq case is very affordable with its $89 price tag. At such a nominal amount, the users of this clever casing will be able to access a number of benefits that include:

The Nexpaq is the next big thing that will help you save lots of cash that would otherwise have been spent on an unnecessary smartphone upgrade. 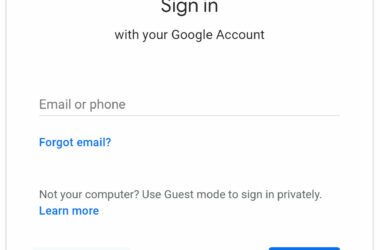 Since its introduction in 2004, Google Mail (Gmail) has grown to become one of the most used emailing…