A huge update is now available for the GTA Trilogy, particularly on the PlayStation consoles.

We come with great news about the GTA Trilogy, and you will need to hear all of it.

We know what happened with the remastered games, and the disaster that took place when they were released. The gameplay and the graphics were full of issues. Many players rated it low, saying that it looks more like an unfinished game. Rockstar heard the feedback, and managed to save the games. They have issued an apology, and they seem to get the work done.

When it comes to the PlayStation file size, the new GTA Trilogy will require…a lot. But there will be significant fixes, so we think it’s all worth it.

So how much space do we need?

The first platform to get the update is PlayStation. Everyone has been asking for bug fixes, and now it’s all happening. And since, as we said, the files are big, it seems that Rockstar is doing a lot of fixing.

That’s over 2 GB of data for these games. As we can all see, this is a very big update from Rockstar Games. We think they want to make things right, and it is starting to look like they’re doing their best.

But there is still a long way

People still compare the GTA Trilogy with the Cyberpunk 2077 disaster. There were graphical bugs in the entire game, and characters and objects were glitching.

The problem in GTA is not that there were some unharmful bugs each and there. You could get hit by high-speed vehicles. The countryside of San Andreas had an invisible bridge. The rain effects can distract you, and some missions are impossible.

We’re hoping to get to play the games normally in no time. 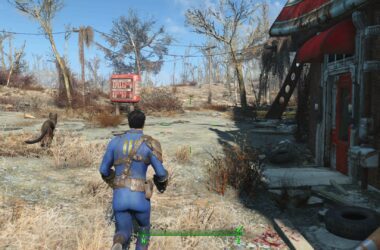 After many years of hype, rumors and speculations, it seems that Bethesda is breaking the silence regarding the…

Are you bored? Because if your answer is yes, we may have the best solution. The game is…