TV streaming devices are now used by a lot of people. Using these devices, you are able to stream media content on your TV with ease, and it’s much cheaper. You will just need to plug the device into the HDMI ports from your TV, set it up and you’re good to go.

Below we’re going to compare Roku, Amazon Fire TV and Chromecast in order to give you an idea about what device suits you better.

All three devices come with the same design: compact sticks that can be plugged into your TV’s HDMI port. They look like the well-known USB memory sticks.

However, even if they are so small, in order to run, they need to be powered by an external power. In order to power them, you will use either a main adaptor or an USB cable that you will insert in another USB port from your TV.

Roku Streaming Stick features a dedicated remote control, but at the same time, you can control the device from your smartphone via the Roku application. However, the physical remote control features a headphone jack which is awesome if you want to look at a movie and someone is sleeping in the room where you have the TV installed.

Google Chromecast doesn’t feature a remote control and you will have to rely on the smartphone. HINT: However, third party TV remote control supported was recently added and can be used.

Between these three devices, Amazon’s Fire TV comes with the best specs. It features a dual core processor which is around six times more powerful than the Roku Streaming stick single core. Amazon Fire TV also features 1GB of RAM, which is double than what Roku and Chromecast come with. So, in case you want to also play games using this streaming device, then you should surely pick Amazon Fire TV.

Amazon Fire TV also features 8GB of storage, which is four times of what Chromecast with. Another advantage that both Roku and Amazon Fire TV have over Chromecast is that they come with a better Wi-Fi connectivity.

However, overall, Amazon Fire TV wins with ease in the “battle” of performance and specs.
Interface and Content

The Chromecast device relies on your laptop, tablet or your smartphone, which makes it quite “dumb”. With other words, in order to stream something on your TV via Chromecast, you will need to open the application on your handset.

However, Roku is able to run applications by itself and has also the ability to cast photos, videos, music from your smartphone.

The same goes with Amazon Fire TV, but it also features Amazon’s extensive media library and services, which means that you will need an Amazon Prime account for that. You can also stream from your Android OS or Fire OS device without any problems.

The cheapest device between these three devices is, as expected, Google’s Chromecast and it costs 30 dollars. It’s followed by the Amazon Fire TV, which is being sold at the price of 39 dollars and Roku’s price starts from 48 dollars.

HINT: All prices are from Amazon.com.

It’s quite hard to say what the best device is for you between these three. But, according to what you need, you will surely choose the right one. In case you need a powerful streaming device, on which you can also play decent games, then the best choice would be the Amazon Fire TV. In addition, you will be able to buy the dedicated game controller which will make your life easier.

Chromecast is mostly for the people who use smartphones, tablets or laptops a lot and they want to stream on their TV some videos fast. This way, they will be able to share photos, videos and other media files with ease on a larger screen, rather than on their smartphones or laptops.

If you don’t like the idea of needing your mobile device as a remote, then you will surely want to get your hands on Roku. As we said above, this device comes with a remote control, which will make your life easier and you will be able to stream everything you want on your TV screen.

Which ones between these three devices you prefer? 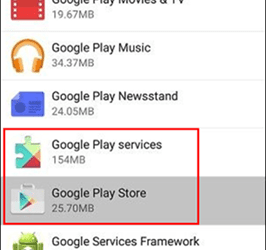 The Most Common Google Play Store Application Errors – Which Are They and How to Solve Them? 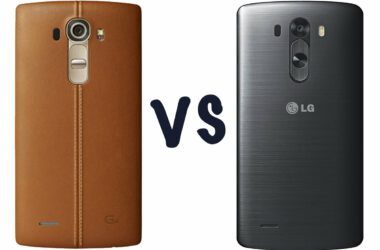 LG G4 vs LG G3 – How Does The Successor Stack Against The LG G3?

The South Korean manufacturer unveiled the new LG G4, which is a major upgrade over the previous LG… 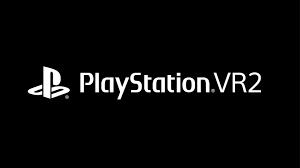