We are more than five months away from the launch of the new iPhone, but as always with Apple, rumors are spreading like plague.

Customers are waiting to see what improvements Apple will make with the new product. Following the cycle of the company, after the design changes seen in the iPhone 6, the next product should bring dramatic hardware improvements. So, let’s break down all the rumors and expected improvements.

Apple has long claimed that its iOS works perfectly with low amount of RAM, but the increased RAM will allow users better multitask. More RAM enables the device to perform more tasks in the same time.

Another thing that Apple looks to bring to the new iPhone 6S is waterproof protection. This will be the next step following the IP 67 certification which makes devices dust and water resistant. How deep can customers use their iPhone 6S, is still up in the air.

The last rumor about the iPhone 6S is the Apple-SIM. Allegedly, the new iPhone will ship with pre installed Apple-SIM, which enables users to choose their carrier. The experiment worked with the iPad Air 2, but there were certain limitations. For example, if users started a contract with AT&T network, they won’t be able to use that card on other networks such as Sprint and Verizon. Given the fact that tablets are mostly purchased from Apple’s stores, the experiment worked well. The problem with the iPhone 6S is that customers mostly purchase it from carriers, which will give the networks an advantage. 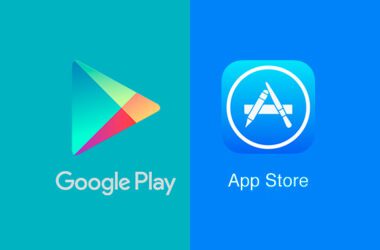 Owning a smartphone nowadays is a common thing. However, the developers have started to notice this major boost…

You might not know everywhere you go to, especially if you are new to a certain place. Basically,…