Mobile phones are very popular today due to their convenience and ease of use. However, they are also very popular due to the vast number of apps that are available for download. There are many utility and gaming apps on Android devices that are addictive and very appealing. Calling and messaging apps are very addictive and so are game apps. However, many users would like to play these games or use these apps on their desktop as well. It is also tiresome to switch from your computer or laptop to your phone, so it makes sense to have them on your PC.

Many companies have made efforts for allowing the use of these apps on desktops or PCs. This is done primarily so that app developers will be able to test their applications on a computer before they submit the app to the PlayStore or to the App Store and so on. Developers use these methods for trying out their app on a PC and for this, they make use of an emulator. They test the app and then submit the app. Other users can also make use of the same method of emulators. The method can be used for downloading Android apps and games to the PC.

BlueStacks is currently the best option for using Android apps on your desktop. It allows you to run the apps in the same way as onmobile devices. It also offers support for installing the application directly from Google Play, making the entire process seamless. The performance of the Android apps is also very good when you use BlueStacks. However, the solution cannot be considered as a replacement for Windows with Android, which would be the perfect option. However, it is better than other options that make you dual boot Android and Windows, which may be a little unstable.

Google offers an official emulator for Android and it can be used for running Android OS in a smaller window on your PC. You can access the whole Android OS from here and it is specifically meant for developers who want to test their Android apps on a PC. However, the emulator is quite slow and you cannot use it for playing games or for other Android apps. It is more useful for testing, but not for actual use. If you want to use it, you can download the Android SDK and then the Manager Program. From here, you must opt for Tools and then Manage AVDs. You can next create an AVD or Android Virtual Device with the configuration you want and click on ‘Start’to launch it.

Some of the other similar Android emulators that will allow you to download and use Android apps on your desktop are YouWave, Windroy and some others. However, they lack speed and they are difficult and complicated to install. They may not be very stable, so you need to be very careful while you install it on your desktop. 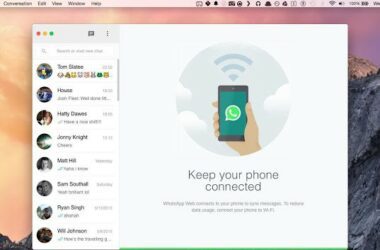 If you’re a Mac user and you planned on installing WhatsApp on your device, then we have bad… 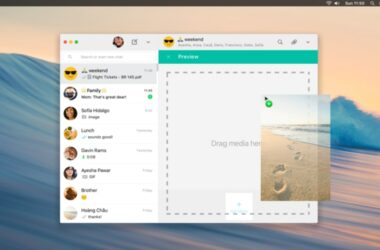 WhatsApp is an application that is available for the major mobile operating systems: Symbian, Nokia S40, BlackBerry, Android,…