WhatsApp is an application that is evolving with the speed of light. This application has suffered some significant changes after it was bought by Facebook back in February 2014.

Since then, WhatsApp has received a lot of features, but not all of them were enjoyed by the users. This is why a lot of them decided to move to the unofficial WhatsApp Plus application. However, it seems that the developers understood that they did something wrong, especially with the blue ticks feature, which allows the person who sends a message to know if and when you’ve read it. After seeing that the WhatsApp Plus application allows its users to disable this feature, the developers of the official WhatsApp application did the same.

The latest feature that the WhatsApp application received is the Voice Calling, which allows you to call any WhatsApp friend by just using the internet connection. However, it seems that the developers need to work on it a bit more, because even after the feature was added to the stable version, a lot of users reported that the calls are either lagging or ending without any reason.

There are no significant changes in the new WhatsApp 2.12.93 version. It seems that the developers are trying to fix the issues on the Voice Calling feature. The new version also got some bugs and errors fixes, but nothing much we can mention.

WhatsApp 2.12.93 BETA APK: How to install it on your Android smartphone

If you plan on installing this new WhatsApp BETA version on your Android smartphone, you should firstly back up your WhatsApp conversations (in case you already use WhatsApp on your smartphone). After that, you will need to uninstall the WhatsApp application and download the WhatsApp 2.12.93 APK file from the WhatsApp official website (whatsapp.com).

Now, since you have the installation file on your Android smartphone, you will also need to enable the Unknown Sources feature. This feature will allow you to install APK files that have not been downloaded from the Google Play Store. To enable it, head to Settings->Applications or Settings->Security and make sure that the box in front of Unknown Sources is checked.

Once you have this feature enabled, you can go back to the folder where you’ve saved the WhatsApp 2.12.93 APK file and install it on your device. When the installation is completed, use your mobile phone number to get verified and restore the backup file (if you’ve made a backup file). 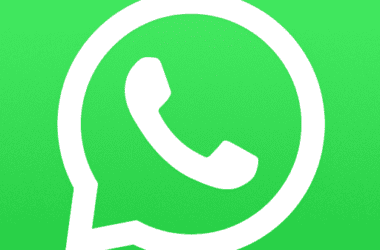 WhatsApp Messenger is a messaging application that works on different platforms. With this app installed on your device,…