If you own an Android or iOS mobile device, you will want to take advantage of their features and possibilities, and since they’re the most important platforms, all messaging applications released versions that support both of them. But one of the main reasons why iOS and Android users are installing messaging applications such as Skype or Viber is because they offer VoIP calls at low rates.

Skype and Viber share common features, but in fact, they are quite different applications, in so many areas. Skype is probably the oldest instant messenger from the market and all this time, its developers dedicated their sweat and imagination to improve its features. Viber escalated quickly, gaining millions of users in over four years of existence and today, it’s in the top 5 best messaging applications.

When registering to Skype, you will be required to pick a username and a password, while on Viber you will use your personal phone number to verify your account, but in addition, you will be required to select a username as well, as a number identifier. Skype was firstly released for computers, then, gradually, the major mobile platforms were included to the list of supported OS. Viber worked on mobile devices, at first, then, later, a desktop version was released.

You won’t pay anything to use these applications, as long as you’re not calling mobile or landline numbers. Both Viber and Skype have unique services for making VoIP calls and the users must pay with a credit card or through PayPal.

Skype is the name that has been very used in the past 11 years and there are low chances that random people haven’t heard of it. It has five times more users than Viber, but it has fewer users than WhatsApp.

Skype uses SILK and Opus audio codecs to deliver HD quality calls. The quality of the voice calls on Viber is good enough, but not as great as on Skype. Besides, both applications are supporting video calling, but this feature is in beta on Viber.

As long as you’re connected to a WiFi network, you will chat and call your friends for free, but if you’re using 3G or 4G data plans, make sure they have enough data, because Skype uses a lot of megabytes.

Viber Out is a feature that allows the users to call landline and mobile numbers. Skype’s service is more extended, allowing the users to interact with their friends that have a Microsoft ID, Hotmail or MSN account. 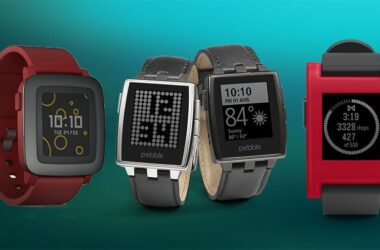 Pebble ran a successful Kickstarter crowdfunding campaign, because in less than hour after launching it, the company managed…

Take photos in HD resolution and create an album of your unforgettable moments. Capture yourself in different angles.…