Today’s tablets, the NVIDIA SHIELD and the Galaxy Tab S 8.4, share an interesting characteristic. They both come in two versions, one that supports only WiFi, and one for LTE. However, there are also unique features that set the two apart and might make the difference when you want to choose between them. For starters, they focus on different aspects, as the Galaxy Tab S 8.4 offers a stunning clear display which makes your viewing pleasure excellent. On the other hand, the NVIDIA SHIELD is marketed by its manufacturer as a gaming tablet that can supposedly keep up PC-like performances for gaming.

Starting with the NVIDIA SHIELD, we must specify that the tablet comes with a 1920 x 1200 resolution display that measures 8 inches and uses the IPS LCD technology. Its opponent features a Super AMOLED screen which measures 8.4 inches and comes with a 1600 x 2560 resolution. Not only does the Tab S have the larger screen and higher resolution, but also the better pixel density, 359 ppi, compared to the SHIELD’s 283 ppi.

The NVIDIA SHIELD features a high-grain polycarbonate body with a nice feel that is not at all rubbery. The Galaxy Tab on the other hand, took a page out of the Galaxy S5’s book and copied its exterior design, including the perforated back. Publications tend to give the Tab S credit for being a step up from previous models from the Tab line.

The Galaxy Tab S comes with a Super AMOLED display with a 2560 x 1600 resolution. The technology debuted on tablets on the Tab S line. The viewing experience is great on the device, and it’s pretty much the tablet’s strong point. The Samsung device is also the thinnest of the two, although not by much. It features a 0.26 inch thickness and weighs 298 grams, making it lighter as well when compared to the NVIDIA SHIELD’s 390 grams and 0.36 inches in thickness.

For the NVIDIA SHIELD we have a Tegra K1 Cortex A15 chip clocked at 2.2 GHz. The GPU in charge is the Kepler 1 which features 192 cores. Besides the normal version of the Galaxy Tab S, there is also a secondary variant of the device which doesn’t feature LTE. For that model Samsung has opted for the 1.9 GHz Exynos 5420 processing unit with eight cores. Four of them are clocked at 1.9 GHz while the others are clocked at 1.3 GHz. The normal version of the device with LTE features the Qualcomm Snapdragon 800 Krait 400 chip, clocked at 2.3 GHz. The Samsung product also manages to outclass the SHIELD in the RAM category, as it features 3 GB of RAM, one more than NVIDIA’s tablet. The internal storage has a maximum limit of 128 GB you can reach through adding a microSD card, but as far as original storage is concerned, both offer 16 and 32 GB storage variants.

The NVIDIA-manufactured gadget comes with a 5 MP rear camera that doesn’t benefit of an LED flash, but also another 5 MP camera on the front panel. The Galaxy Tab S features only 2.1 MP for its front facing lens, but a bigger 8 MP shooter on the rear. The Tab S also includes flash.

To power the phones, we have a 5197 mAh battery unit for the NVIDIA SHIELD, which is more than what the Samsung Galaxy Tab S can provide with its 4900 mAh unit.

In terms of operating systems, both devices run on Android KitKat.

There are some features that set the two apart even more. While the Tab S comes with a fingerprint scanner which clearly lacks from the NVIDIA device, the SHIELD has some tricks up its sleeve as well. You can buy a controller for your gaming experience on the SHIELD for only $59, and you’ll be able to enjoy bass reflex ports ad front facing speakers on the SHIELD. Another thing that misses from the Galaxy Tab S but not from the is the NVIDIA SHIELD is the mini HDMI port. 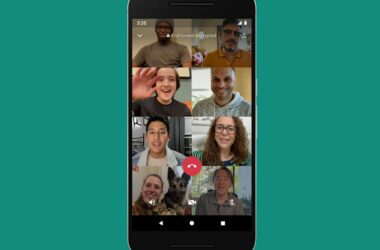 Most smartphone owners already know that WhatsApp is an instant messaging app operating by a subscription business model.… 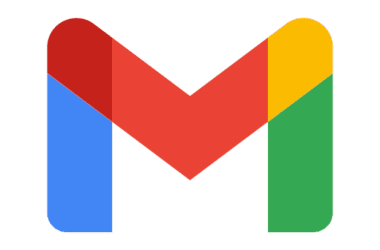 Gmail is Google’s free email service which was released in 2004 for desktops, but later, the company released…