The current flagship from HTC is the One M9 and with this stylish smartphone, there is a new HTC Sense 7 user interface that has been availed for free downloads alongside the Android 5.0 Lollipop.

HTC One M9 is one of the best devices to be released this year and as things look like, this mobile phone company has set its sights on improving the software used in their devices rather than keep making changes to the general design of the phone. This is a good move by HTC considering the fact that their devices are one of the best finely-built smartphones and with the new HTC One M9, there are very minimal changes in the design, when compared with the older HTC One M8.

The new HTC One M9 is one of the devices that made their debut in the smartphone world with the latest Android 5.0 Lollipop stock. This device also features an array of new, very cool and shiny toys and right from the first sight, you will notice that this device is amazingly created. It is evident that HTC spent a lot of time, efforts, as well as thorough planning as far as the layout of this phone is concerned and one of the things that has really benefited from these improvements by the company is the keyboard. The new HTC Sense 7 features a new keyboard which is more user-friendly than any other HTC keyboard.

The letters on the new keyboard are quite big and the spaces between these letters have also been increased. This is aimed at ensuring that the typing process remains cleaner and more accurate than with the previous cases. The new HTC Sense 7 home screen launcher has already been availed for free download and it comes together with an internal weather widget in addition to an array of stock apps.

Users of the latest HTC Sense 7 will enjoy a new keyboard app on their HTC One M9. However, this application can also be used on any other Android device, which means that this company is ready to go against some of the most famous keyboard applications like Google Keyboard and Swiftkey.

The latest HTC One M9 Sense 7 keyboard has already undergone vigorous testing procedures and as it stands, this application can work perfectly on any stock Android ROM such as AOSP ROM or CyanogenMod 12.

On your phone, locate the folder “data/app/com.htc.sense.ime-1” and move the extracted files into this folder. Make sure that you have appropriately configured the permissions and then go ahead and restart your Android phone.

Your device is now installed with the latest HTC Sense 7 keyboard APK. Enjoy! 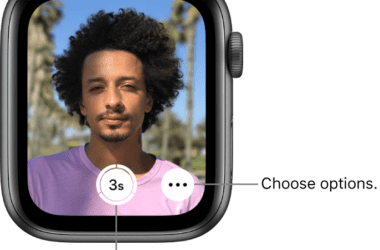 If you’re a disorganized person and need to put things in order on your smartphone, tablet or PC,…

If you haven’t yet downloaded a VoIP client on your device, maybe just because you are still a…