When all thought of Nokia being the flag bearer for the Windows Phone operating system, the Finnish Company surprised the world with its Android based smartphone.

The launch of the Nokia X and the Nokia XL phones offered the Android based OS for its users. It would not be wrong to suggest that Nokia came out with a dream combination for its users. However, both the offerings from Nokia are not regular Android based smartphones as incorporated by Google in its other products. Nokia made use of open source version to be incorporated in its Android based devices. Nonetheless, the version came with limited functionalities. As a result, the user would find problem gaining direct access to Play Store applications.

With respect to weight, the large display of the Nokia XL adds to the increased weight of the device. It weighs around 190 grams on the scale, which ushers it near phablet segment. On the other hand, the Nokia X weighs less at 128 grams, making it a user-friendly and handy smartphone. As both these offerings from Nokia comprise of IPS screen technology, they offer brighter displays. Consequently, their displays offer superb viewing experience even under bright sunlight.

Both these offerings from the Finnish Company incorporate the Android operating system, version 4.1.2 Jelly Bean. It is doubtful that both these Android based releases would receive further updates. In theory, both these smartphones offer the user with the advantages of the Android based apps, but Nokia has immense control over its offerings in this respect. The Nokia X and the Nokia XL smartphones obtain power from Qualcomm designed MSM8225 Snapdragon S4 Play chipset accompanied with a moderate Cortex A5 dual-core processing unit, clocked at a top 1.2GHz speed. In addition, a lower 512MB of RAM for the Nokia X and 768MB RAM for the Nokia XL, coupled with similar Adreno 203 graphic chipset takes care of the functionality department.

Both the Nokia offerings incorporate 4GB of internal memory, expandable up to maximum 32GB.

The Nokia X encompasses of 3.15MP specifications for primary camera. The smartphone lacks in terms of user-facing camera. It also lacks in terms of autofocus and LED flash, which being standard features for most offerings. On the other hand, the Nokia XL beats the lower camera specs of the Nokia X with its decent 5MP primary camera and 2MP user-facing camera specifications. In addition, it offers the user with autofocus and LED flash features. Its 1/4-inch sensor size beats the 1/5-inch sensor size of the Nokia X smartphone.

Regardless, both the Nokia X and XL cameras offer shooting modes such as Panorama and face detection. 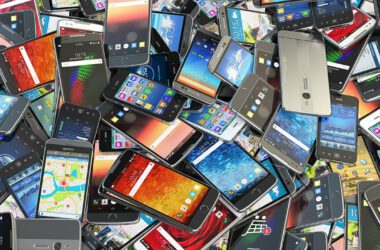 If you own a smartphone that you feel is a little past its hay days, don’t even start…

Wearables are the next big thing on the market, and many manufacturers are trying hard and going the…