The combat update was revealed to be the title of the newest Minecraft update recently, which has prompted a whole range of speculation from Minecraft fans as to what has been meant by the changes that Mojang have said they want to make to the combat system. This has been a debate with little in the way of facts until recently, when we’ve started to see our first look into what sort of features are coming with the big “combat update”.

First of all, a redone ender dragon fight. The biggest fight in Minecraft history, which is now incredibly easy to succeed in was not always meant to be that way, and there are a few serious changes coming to this end battle, both to give it the console flair of caged crystals and ender dragon acid, and also to give you opportunities to fight the ender dragon more than once. This allows older saves to experience the NEW ender dragon fight, with all the secret features that have yet to be announced included of course.

The first big reveal we saw of brand new changes to PVP was a change to the way the bow and arrows work, as well as a brand new item slot to consider. The arrows now have a quiver next to them, to let you know which arrow you’re about to fire. The reason for this is that there are going to be 5 new types of arrows debuting in this update, and these will all have various effects which aren’t yet announced, but it is likely we’ll see poison or armour piercing arrows on the agenda, with the aim being to develop some sort of a meta for Minecraft multiplayer. There is also going to be a shield slot, to give more protection, potentially at the cost of speed or at high material cost.

The second big reveal we saw was on a new type of dungeon. Currently underground structures are kind of limited in what they can be, with just the dungeon or mob spawner, and an abandoned mineshaft (as well as your worlds strongholds) so this update is hoping to add to that with a brand new dungeon. Not only will this dungeon be a brand new structure with a brand new design, but will also have mobs which are “very different to existing dungeons”. Either it’ll be a creeper / endermen fest or we can also add new mobs to the list, something very fitting for a “combat update”

As well as this, there are going to be a few more subtle changes coming to the game. Simple but useful features like death messages showing on the death screen, and pressed dirt instead of gravel on village pathways which make this update change the game with Minecraft in more ways than the title might suggest. Minecraft 1.9 is still many months away from a public release, but it is very likely that we’ll see snapshots arrive before then showing us exactly what is going on! 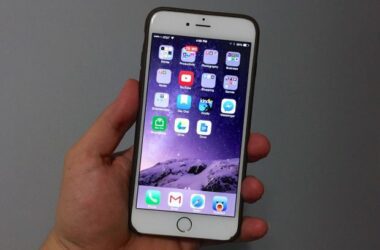 The latest stable version of iOS is v8.2. However, there are numerous complaints about the frequent crashing and…

To put it in a nutshell, Minecraft is a game where you dig and build huts for protecting…