Who, in our days, doesn’t have at least a computer in their house? If you’re reading this, you probably have one too. Well, you know that when you first buy the computer, first thing that crosses your mind is that you need to find a good antivirus. An antivirus has become now a mandatory part of a computer, that’s if you don’t want to get overwhelmed with viruses from ads or so on. Today we thought we would cover two of the most talked about in this category: the Kaspersky Antivirus 2015 and the Bitdefender Antivirus Plus 2015. But now, which one do you choose?

Kaspersky has been in the game all the way back from 1997. But what caught our attention is their latest software, the Anti-Virus 2015 to be exact. This antivirus promises to do a lot of great things: it has the basic protection for viruses, spyware and more but also comes with some pretty awesome features. The software constantly detects unknown malware and it gives you warnings about harmful activities you are emerging in. The antivirus does instant safety checks in your files and websites to ensure you’re not harming your computer. You’ll get hybrid protection, anti-phishing, frequent updates, gamer mode and a rescue CD in case that your computer does get infected. You can get technical support whenever on many platforms: via email, phone, live chat or knowledge base. If you want to buy your own one year protection from this software, you will have to pay $39.95. If you want this software for three computers, the price is only $59.95. You won’t get multiple years protection for only one computer, which might be a downfall, but if you want 2 year protection for 3 computers you only pay $89.95. The 3 years program is worth $119.95.

Total coincidence, but Bitdefender was also started in 1997. Their Anti-Virus Plus 2015 software that was just developed promises a lot of great things: antivirus and anti-spyware, computer tune-up, security reports and more. We like the fact that it doesn’t change the performance of your computer a bit and it ensures safe online shopping and baking-related actions. Also, you will get a startup optimizer and secure browsing privacy protection. Bitdefender’s software is sold at $59.95 which can work on three computers. You might be disappointed by this – if you just wanted to buy a one-computer antivirus at a cheaper price.

Both companies’ software is pretty great, but if we had to recommend one it would be Bitdefender’s antivirus. We know that the Anti-Virus 2015 is a little bit pricier, but it’s a big plus the fact that it has no impact on your computer’s performance and we cannot overlook the fact that the manufacturer has received three awards in a row for Best Protection and the Best Performance from AV-TEST Best Protection.

WhatsApp Call Download On Your Computer With Manymo Android Emulator

Whatsapp is a useful tool for communication, uniting people from all over the world who can use their… 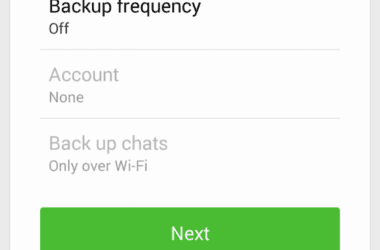 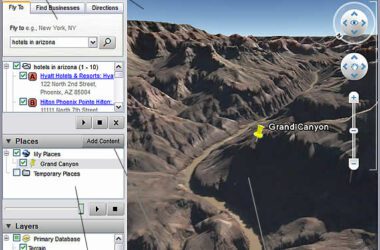 ]]> For many years, Google Maps has allowed us to explore the entire world from our desks –…