Microsoft’s Windows Media Center has been around for ten years, being a digital video recorder and media player that allows the Home Theater PC enthusiasts to transform their computers into a media center box and digital video recorder. But because Windows 10 has removed the Media Center, the users will need to find alternatives if they will want to continue recording broadcast television.

At its beginning, this cross-platform media center turned the first Xbox game console into a media center, but over the time, the developers managed to integrate it into Windows, Linux, OS X, Android and it’s supported even by low-power Raspberry Pi mini PC. It has a customizable appearance, it can support third party add-ons, and it’s used to view photos and to play music and videos from local hard drives or shared network drives. To record broadcast TV, you must install a third-party DVR app.

This software runs only in Windows, but it has a built-in DVR, so you don’t need to install which means you don’t have to install a digital video recorder package. Media Portal also supports skins and plugins and with it, you can listen to music, watch videos and photos. Although it’s free to use, the app has a program guide data which you’ll have to buy if you want to learn how to use it as a digital video recorder.

This open source media center app runs only in Linux, and it’s in fact an operating system which will load Kubuntu Linux on your computer if you download a disk image and burn it to a DVD. With LinuxMCE, you can organize and display your media, and it supports home automation features. Besides, you can control the lights, VoIP phones, security system and many more.

It’s a free open source media center for Windows which isn’t very known, but you should try it out.

Everyone knows about this cross-platform solution which works on Windows, Mac and Linux. This software is actually a two-part system consisting of a home theater front-end and a media server back-end (it allows you to add features and to install plugins). Plex is free for Android, while the iOS version costs 5 dollars, but to stream videos to an Android device for more than one minute, you will need to sign up for a Plex Pass subscription.

The personal video recorder is free and can be used both as a standalone DVR and media center app, but you can pair it with Kodi (the front-end media center) to record videos (back-end). It runs on Windows, but it’s not a community-supported software project.

It has the most important DVD functions such as playing, pausing and recording live televisions. With this open source, you can also schedule recordings and it supports automatic commercial detection and skips commercials when you’re recording broadcast television.

These small gadgets can be used to stream content from a computer/mobile device, to a TV, and come with a collection of channels which are free, while to unlock other channels, you must pay a monthly subscription. The set top boxes plug into the TV and occupy a small space. The most popular devices are the Amazon Fire TV, which costs $99, the Amazon Fire TV Stick, priced at $39, the Apple TV ($69), the Google Chromecast ($35), the Google Nexus Player ($99), one of the Roku streamers (prices ranging between $40 and $100) or TiVo ($14.99 per month fee to get the program guide data). 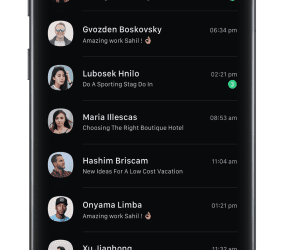