When GoPro was firstly released, the developers never thought that it will get so popular. Currently, the GoPro cameras are used by a lot of people who practice action sports, such as mountain biking, scuba diving, skydiving etc.

According to some fresh rumors, the company has delayed the release date of the upcoming GoPro Hero 5 for a few months in order to bring more improvements to the device.

According to Christian Today, the GoPro Hero 5 will be released on October 2015, but if it will face some further delays, this will push the release date to the end of 2015 or the beginning of 2016.

If the rumors prove to be right, the GoPro Hero will be able to record videos at 8K, at a resolution of 3840×2160 and at 60 frames per second. With other words, it will be a huge update over the currently GoPro Hero 4.

The latest GoPro Hero 4 that was released in September 2014 is, without any doubts, one of the top end devices that are available on the market right now. It comes with a decent battery, many connectivity options and other stuff. At the moment, the GoPro Hero 4 is one of the most popular action cameras out there and more and more people want to get their hands on it.

It seems that the developers are trying to improve the battery life of the upcoming GoPro Hero 5. The device will most likely feature a 2800 mAh battery, which is about 150% better than what GoPro Hero 4 currently has.

With this upgraded battery life, the upcoming GoPro Hero 5 will be able to record two hours of videos with just a single charge. Also, the Bluetooth feature that the GoPro Hero 5 will come with, will allow you to upload very fast all the videos and photos to your computer.

It seems that the GoPro cameras are continuously improved and even if they are a bit expensive, there are still a lot of users who prefer to buy them.

What are your thoughts about the rumors regarding the upcoming GoPro Hero 5? 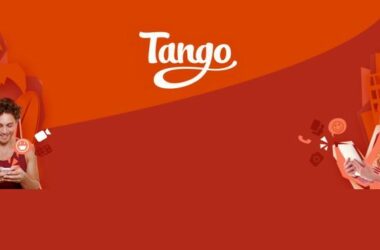 Apart from WhatsApp, how many other instant messengers are you aware of? There are hundreds of other instant…