A few days ago Google announced that it will be rolling out the latest Nexus 9 Android 5.1 Lollipop update.

While there are no specific details of which version of the Nexus 9 will be getting this Android 5.1 update, we expect that Google will avail this amazing OS for both the LTE and Wi-Fi only versions at the same time.

The Nexus 9 was still behind as far as the Android 5.1 Lollipop update is concerned. However, this only affects the Nexus line of tablets from Google since this company had already rolled out this update for their other line of Nexus tablets. The Nexus 9 was still running on the now older Android 5.0.1, however, if you are one of those who own this device, you can now update to the latest Android 5.1 OS for free.

The Nexus 9 tablet is the newest of all Nexus tablets, yet it is among the last to get this new Android 5.1 Lollipop update. Why Google has delayed so much in rolling out updates that usually reach its products first is not known. However, the best part of it all is that the update is now available and it can be downloaded for free.

Even though Google announced that the Nexus 9 will be getting the new Android 5.1 Lollipop update, there are also high chances that HTC, who are behind the development of Nexus 9, might opt for rolling out the Android 5.1.1 update for this tablet. This is true because recently, Google released factory images of the Android 5.1.1 for all of their Nexus tablets apart from the Nexus 9.

As opposed to what the Android 5.0 Lollipop brought to the mobile world, the new Android 5.1 Lollipop will not feature wholesale changes and updates. However, there are enhancements that have been included in this OS and among them are the ability to pair or join wireless networks directly from the easily accessible quick settings menu. In this latest update, Google focused more on the bugs that were affecting users of Android 5.0 Lollipop rather than go for newer features in the OS.

At the moment, there are no Android 5.1 factory images released for the Nexus 9, which means that the users will have to sit back and wait for the OTA update to be availed. There is nothing to worry about this as we will keep an eye on it for you and immediately the updates are available, you will get the details from here. 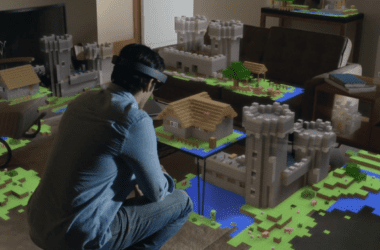 Between the two creations, the Adobe’s Flash player and it’s Shockwave player take care of about all that…