The HTC One M9 will be a unique phone in many aspects.

But the key difference between the HTC One M9 and many other phones is that the device will run on two completely different operating systems, with the same specs. The Taiwanese company will release both an Android version of the flagship, and a Windows 10 version. The differences between two operating systems are many, but we will try to break them down.

There is a reason why the Android flagships generally have much more RAM than the Windows phone flagships and Apple’s devices. Simply put, the Android as an operating system consumes much more RAM in order to function properly. Generally speaking, the OS takes up almost 30% of the RAM memory of the device. Windows phone handsets, on the other hand, can function excellently with just 1 GB of RAM. Why? Because Windows Phone doesn’t consume RAM as Android does. Given the fact the HTC One M9 will have 3 or 4 GB of RAM, the Windows 10 version is bound to be faster.

Android users have a way to add voice and personal assistant. And that way is through the tons of applications in the Play Store. Some manufacturers have their own voice assistant (S Voice for Samsung users). However, none of them comes closer or compares to Cortana, the voice assistant Microsoft has introduced with Lumia Denim update, and will be an essential part of the Windows 10 OS.

This is a field where Android comes on top. And it is not even close. With the Android 5.0 Lollipop, users can customize almost everything, including a special ringtone for every contact in their phone book. The Windows 10 doesn’t offer such features. Android also offers tons of customization options for the Wallpaper, home screen, colors of the menu and much more. Microsoft will finally add a Wallpaper in Windows 10, but it is unknown yet how much of the tiles will disappear.

Android users can bookmark a link in Google Chrome on their browser from PC, and open it later from their smartphone. That kind of synchronization is essential in a world, where users have tablet, laptop, desktop PC and a smartphone. Luckily, Windows 10 will finally offer the same unification of apps and synchronization of usage.

Control and Usage of Phone

Android users can quickly turn off the Wi-Fi from their quick menu taskbar. Such a thing is not available in the Windows 10 phones. In fact, Windows users must enter the main settings menu, and after few steps, turn on or off the Wi-Fi. Same thing applies for all control toggles.

LG G4 Applications Now Available for the LG G3 – How to Install Them?

With the new LG G4, the Korean company added some new features and applications that make the G4… 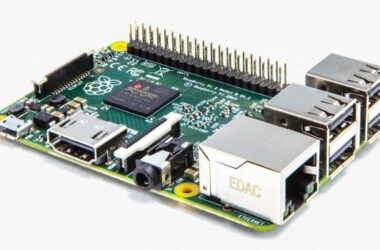