Roku and Apple TV are amongst the first in the segment of streaming devices and it will be difficult to look beyond them for an excellent streaming media player.

The years of existence in the industry has helped them fine-tune several aspects. Despite this, they are far from being perfect and continue to have both advantages and disadvantages.

Apple TV used to be one of the most expensive in this segment, but its recent price cut has brought it to $69. This used to be the USP of the Roku with its attractive price of between $50 and $80. The price differential maybe negated, but Roku continues to offer different versions, unlike Apple TV. For $50, one will be able to get a streaming stick version of Roku, whereas the $80 model looks complete with capability to challenge the Apple TV. Apple TV is definitely starting to show its age and it is believed that a new model is just around the corner.

A big regret on the Apple TV – despite its age – is the continuing lack of apps to rival the likes of Roku, which continues to be the leader with a support for more than 1500 apps. Almost every possible app is available on this platform, whereas Apple TV has failed to take advantage of its iTunes store. Recent additions to the list like Watch ESPN and HBO Go have helped improve matters. Roku has led the pack in this regard and it continues to do so with an amazing efficiency. New apps are available on the device much sooner than on its competitors.

One area where both these devices struggle is in the gaming department. Amazon’s Fire TV has set new standards, when it comes to support for gaming on streaming devices, but Roku and Apple TV are still far away from those standards. Cross-platform search is also limited on Apple TV, but it is excellent on Roku with the device providing adequate support on all fronts. Apple TV does not attempt to promote iTunes as much as Amazon promotes its in-house video content, but there is intrusion nonetheless. Roku does not suffer from these issues, as the platform ensures that there is a wide variety of content to choose from. It is also the fastest among the media streaming devices in the market today. 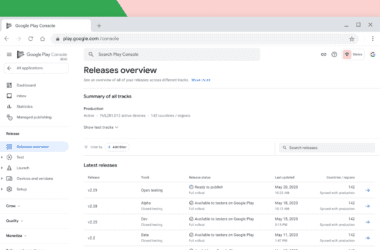 The Google Play Store is a very essential application when talking about the functioning of Android devices. This…

In just a few years, Apple has transformed the office and learning environment thanks to the elegant iPads…