Bigger than Twitter? That is a fact. WhatsApp has become the messenger service of messenger services as they have surpassed Twitter by providing 250 million users with it’s handy, economic services.

WhatsApp has made things just a little bit sweeter too, especially for iPhone users. Their iPhone app has gone from a paid service to a free one, by one simple download but it comes at a price….$0.99 cent annual subscription fee.

The fee doesn’t really come at that much of a surprise, it has actually been already instituted for sometime now with Android users. In a recent blog post the company explained,“ We are updating our business model for new iPhone users going forward. As you know, we used to charge iPhone users a $.99 one time payment, while Android and other platforms had free service for the first year and paid $0.99 a year after that.”

They went on by stating,”From now on, we’ve simplified our business model so that all users on all platforms will enjoy their first year of WhatsApp service for free, and only pay $.99 per year after that.”

The loyal iPhone users who have already been utilizing the service will not have to worry about the fee as they will just remain under the same free policy as when they had first signed up. These unique concepts are the kind that separates WhatsApp from the pack and it is just one more stepping stone in of the groundwork they lay for which makes them the leaders of the “ fully-freemium” messenger service industry. The company makes it simple,”WhatsApp will be free of charge for the rest of your life.”

Holding the Social Networks Off

This modern era has no doubt seen a calvary of different messaging apps that have been causing headaches and frustrations for the whole mobile industry. Even social networks like Facebook and Twitter have been caught up in the frenzied whirlwind.

“We feel that this model will allow us to become the communications service of the 21st century, and provide you the best way to stay in touch with your friends and family with no ads getting in the way.”

WhatsApp has stuck to their guns the entire time of employing an app that is absolutely free of ads. Which is quite the contrast to it’s fatcat rivals in the social networking world. Every Time there is a new update, a new feature that is added. Plus, if iPhone users switch to freemium from paid, it will fully support Apple’s new iCloud, which will be a large, virtual storage for people’s conversations.

WhatsApp competition is doing all they can to engage prospective customers there way in lieu of swaying them from the attractive new proposition from WhatsApp. By the looks producing 8 billion inbound messages and 12 billion outbound messages, maybe the strategy isn’t quite yet paying off for the competition.

WhatsApp momentum refuses to slow down and it’s spot up on top, by the looks of it will remain that way for a long time to come. When it comes down to it, you can’t beat free and with the stellar quality service that you get from WhatsApp, there is no looking back.

Free Antivirus – Being Safe is No Longer an Option; It is a Must

There are many free antivirus programs that can help you protect your computer, but they also vary in… 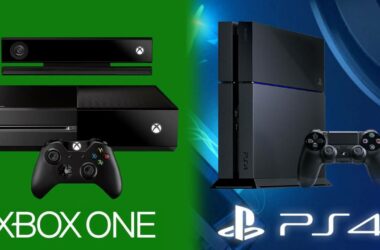 John Riccitiello is not a popular man until now, when he commented that Sony have clearly won the…