“Asha” is a range of low-end smartphones created by Nokia which were released to the market between 2011 and 2014, after Microsoft purchased the company and used Asha as an “on-ramp” to the Windows Phone OS. Since there are many Asha phones owners out there, WhatsApp thought about them and brought them new updates, for a better user experience and the latest beta version is 2.12.82.

Regarding the new version of WhatsApp for Asha and S40, although it comes with bug fixes and other improvements, it may not work properly because it’s in beta. But, if you want to take a risk, install it and report the glitches to WhatsApp’s developers, so that they can work on the application and bring a more stable version.

The 2.12.82 APK file has a size of 1.8MB, slightly smaller compared to the previous version which is 2MB, but we don’t know yet what was removed. Voice Calling is still a waited feature, but for now, the developers have no plans to bring it to the Asha platform, so if you want to call your WhatsApp friends, buy a phone that runs on Android, BlackBerry 10 or iOS. However, the web feature is available, so if you have a computer and want to write messages using a physical keyboard, then open one of the three supported browsers: Firefox, Chrome and Opera and when you see the QR code on the website, go to WhatsApp’s Settings and find the web option, tap on it and scan the code with the phone’s camera. 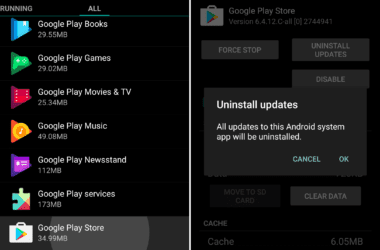 Technology has taken innovation to the next level. New applications keep coming in to account for the versatile…