The rumor has now been officially confirmed by Valve.

The company behind the biggest PC digital game distribution platform Steam is all ready to show their new living room PC, a virtual reality headset and the newly designed controller at Game Developers Conference, GDC 2015.

A couple of weeks ago, it was rumored that steam machine is not dead as some had hyped it. It was rather under development because the company wanted to make sure they come up with a good PC console hybrid which works as intended.

The players were looking for a machine that would give them the power of being able to tweak settings, control graphics and software but also the convenience of being able to play from their couch on their living room television. The upcoming machine aims to offer the best of both worlds which is not an easy task.

Game developers conference, GDC 2015 is all set to be held in March which is when Valve is planning to make their big reveal. They showed a wide range of machines in the past but it took more time than planned.

Alienware has launched their product already which is incomplete because it was packed with Windows rather than Steam OS and it didn’t have the original controller but used the Xbox 360 one. It was not the one that gamers were asking for but the company promises that the original Steam machine, its specifications as well as release date will be revealed during GDC. There’s more to the news than this simple reveal which adds excitement to the announcement.

Oculus Rift under Facebook acquisition is growing fast and is the best virtual reality platform for now. Sony revealed a headset as well as project Morpheus but if Valve enters the arena along with their Steam machine, it would surely give a tough fight like never before.

The company will produce their own hardware which also includes a VR headset which will be fully compatible with Steam OS and a wide range of existing titles including Portal 2. Other manufacturers will be making their own machines as well. The GDC 2015 will also be the floor where the newly redesigned controller will be officially revealed for the first time and it will most probably be the last design as the release date is really close by.

How To Download Google Maps On Google Play Store 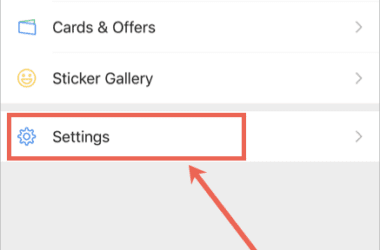 How to Move WeChat Messages to your WhatsApp Account – Is it Possible?

WhatsApp and WeChat are two of the most popular messaging applications there are today. Using either of them,…

The HTC One M9 will be a unique phone in many aspects. But the key difference between the…