If you haven’t upgraded to iOS8 and you’re still using a jailbroken iOS 7, here are some of the many tweaks released in Cydia, which support both iOS7 and ARM64 devices. Take a look at this list of tweaks and choose the ones you need on your iPhone, iPad or iPod.

If you want to share files between iOS 7 powered devices or to receive and send files to OS X, Android or Windows devices, install AirBlue Sharing 7 and take advantage of the Bluetooth sharing.

This tweak was one of the most downloaded applications and it’s so loved because it’s based on on-screen gestures, as well as on pressing buttons more time and this way you can trigger different operations or even assign actions to TouchID.

It behaves like the AdBlocker extension, which is used on desktop browsers. This way, when browsing with Safari or third party browsers, this tweak will block ads and will make your web experience better.

Siri isn’t the only voice personal assistant on iOS. The other one is Voice Control, and you can switch between them with Assistant Unrestrictor when you don’t have access to internet, as the second assistant doesn’t require Internet to work.

To extend the battery life on your iOS 7 device, install BatterySafe and it will turn off the services that consume a lot of juice, such as Bluetooth, WiFi and will adjust the brightness to eat less battery.

Do you want to make some changes in the iOS notification center? With BetterNC you can hide the Status Bar and other bars like All, Today or Missed, the Yahoo! logo etc.

If you have an iPhone 5s, you can protect your applications with your fingerprint, as the access to them will be possible after your fingerprint is verified and authorized by the scanner.

This tweak is like Activator and with it you can instantly reply to text messages, open an application without leaving the current one etc. It can be used both on iOS 7 and ARM64 devices.

If you own an iPhone, an iPad or an iPod touch and got bored on your font, download another one from Cydia and apply it using BytaFont 2. The fonts can be applied to all parts of the system or in some areas.

With this tweak, you can change the appearance of the Control Center, hiding sections that they don’t need, such as music controls, making CC minimalistic and less crowded.

If you like animations on your homescreen, Cylinder comes with 45 effects and you are even allowed to create combinations.

With this tweak you will change the look of the dock, by removing the blurry background or by applying other options from the DockShift menu.

We’re sure you’ll need more than 9 filters which come with the stock camera app. With Effects+, you’ll have 23 new filters that include the PhotoBooth effects that are available for iPads.

Who likes long URLs? What if you could shorten them without much effort by using Goo.gl Shortener for Action Menu? Just tap and hold to select a link and when the action menu will appear, tap on the next button and you will see the Goo.gl button.

If you don’t want to be bothered while you will be in a middle of a meeting, but you forget to turn off all ring tones and someone might call you right in that moment. To prevent these embarrassing moments from happening, install iSilent and the tweak will take a peek at your Calendar and if it finds an event, will know when it starts and when it ends and will turn the device back into the ring mode after the event is over.

To protect your applications, use passwords and for that, install LockDown Pro 7 which will allow you to set different passwords, as well as configure other settings. The authorized users won’t be able to delete them.

When chatting with many people on iMessage, simultaneously, it can be frustrating to switch from a message thread to another. With MessageSwiper7, you will swipe right on the screen and get to the next thread.

The speed of iOS 7’s animations will be increased and once you get used to this tweak, you will no longer want to see those slow default speed again.

Get rid of the carrier name and replace it with a logo of your favorite brand, band, movie or game. After creating and downloading your own logo, Zeppelin will use it to replace the carrier name. 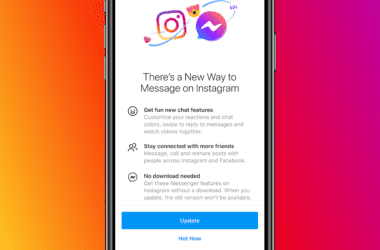 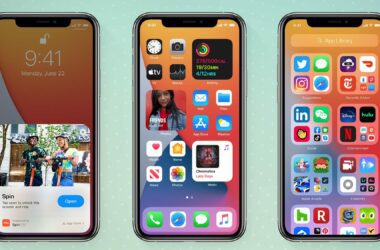 Secret Features Of iOS You Should Know About

iOS has evolved over time, starting off a software with basic features, and receiving more and more features,…