This is the most powerful Mini Cooper that has ever been built, and produces an awesome 231bhp; quite a feat for the 3rd generation hatch.

So just how powerful is the JCW?

Similar to the recent Cooper S, the JCW packs a 2-litre engine built by BMW. The predecessors never had an engine that went above 1.6-litres. The JCW features a larger intercooler and the water cooling system is improved; the pistons and turbo are also specially built for the extra power. It also features a larger exhaust, which is fatter throughout its entire length, thereby offering less resistance; the result is 236lb ft., and 231 bhp in a hatch that weighs in at only 1205kg.

When one listens to the noise that the engine makes, one instinctively knows that it is terrific. Its produces quite a deep roar when it is acceleration, but settles down into a low hum when it reaches cruising speed. There is a short lag, and the critical point is at 6,500 rpm and is not indicated on the small rpm counter, which is quite a damper. This is the reason why the noise from the exhaust is important in letting the driver k now when the rpms have reached their peak point. However, due to the princely mid-rev torque, you will probably have shifted gears long before you get to this limit.

First, The Mini John Cooper Works goes from 0 to 62 in only 6.3 seconds. The car has an optional 6-speed automatic gearbox which has faster and smoother gear changes and has launch control, which brings down the time to 6.1 seconds; quite impressive. This autobox also brings down the CO2 figure by 22g/km; the manual has 155 and the auto has 133. When it comes to fuel economy, the auto will give you 49.6mpg while the manual will give you 42.2. It is actually hard to get your mind around how there could be such a huge performance gap between the auto and the manual gearboxes.

The Mini JCW has a new braking system, and also has a unique venting duct system at the front of the car. These two systems work well together to ensure that the car does come to a stop, whenever you need it to, without too much effort. The chassis of the vehicle is similar to that of the Cooper S; the damper and spring is that of the Cooper S’s sports chassis option. This means that it has a very firm chassis, and you can opt to have the 18 inch wheels rather than the 17; a feature that comes with the chilli pack. With this configuration you should opt for an adaptive damper option which will cost you an extra £240

When the dampers are in the sports mode, the car can be a bit stiff, giving you a bumpy ride, but when in normal mode, the hard edge is beveled off and you can tackle a bumpy road without a lot of jarring. The sports mode is ideal for smooth roads and on the track; this is a truly sprightly car.

The car a very good traction group despite the powerful engine, and this comes with less torque steer. The steering could be enhanced by increasing the initial sharpness when steering but this would probably bring about more kickback. Basically, the Mini JCW is very good at taking corers. It has a DSC system which gives it a little leeway when it starts fishtailing, before it kicks in and takes control from the driver. This is a car, which like the Fiesta ST, will take corners and slither its rear end out, but the comfort to the driver is that the DSC system will kick in and bring that car back to safe and straight driving.

How do you tell the JCW from other Mini Coopers?

The car has new front and rear apron or bumper units. The front one does not have any space for the traditional fog lamps because the intake vents are very large. The lack of fog lamps is compensated for by the powerful LED headlights and also ring lights which you can use during the day. The rear apron warps wound the exhaust system and acts life a diffuser, and looks like one too. The roof spoiler and sill covers are also unique. The inside of the car has sued-effect stead, which are quite supportive and it has a lot of JCW badges and red splashes of color.

How much will it set your bank account back?

The price is quite steep for such a small car, starting at £23,050. However, when you look at the performance of the car, the fun and depth of the steering and the fact that it is great at conserving fuel, then you should be singing all the way to the bank. It has driver aids, head-up display, two navigation levels and a lot more, which justifies the price range.

Well, for Mini Cooper enthusiasts, you no longer have to fret about the car not being as powerful as the larger cars. The Mini John Cooper Works is the most powerful of all of them, and can take on any larger car, when it comes to performance. Take a test drive and see what this small, potent car can do. 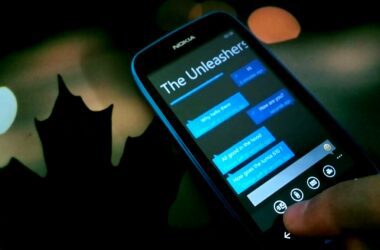 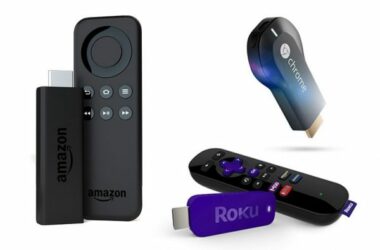 Chromecast and Roku are two of the most popular media streaming set top boxes in the market. Both… 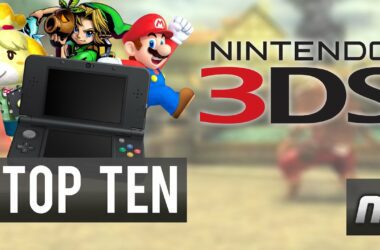