The Mazda MX-5 is an all-new 4th generation of the MX-5 series, and by all-new, you do not expect just a few changes from the 3rd generation model, but one that has been completely rebuilt from the ground up.

This new model is both smaller and lighter than the one that it has replaced, losing up to 10% of its body weight; over 100kg. It also sports a shorter chassis than the original 1989 model, which is quite a remarkable feat.

It looks like another compact car but it has a lot of character, and more cabin space than the longer predecessors; magical eh? The engineers employed quite a lot of clever packaging when they built the MX-5, and when you open the bonnet, you will find that the engine sits just behind the front axle. This configuration allowed for better weight distribution, and the only compromise is a small swelling in the foot well where the gearbox is situated. The engine also sits lower in the chassis allowing for a lower bonnet, and this also lowers the hip point of the driver, allowing for a cozy and comfortable sitting position.

The car has a newly aggressive look, given the scowling front lamps. This aggression coupled with the light weight of the car gives it some cheekiness too, in that one is pleasantly surprised by the performance of the car. It has a very low back end, which even looks better than the front, according to some experts. The design of the car is quite harmonious, unlike that of its predecessors. The design is made to fit a car that would appeal to a wide range of drivers, from the young to the old.

Let’s take a look inside the cabin

In most cars, when prices have been cut, you notice changes in the interior of the car, to compensate for the lower price, but in this one, you cannot see any. The car goes for a price of £19,000 but looks a lot more expensive when you consider the interior.

The car has an infotainment system that is very easy to operate, and the stereo is superb. It has seats that allow you to sink right in, and everything fits very well together. This is a car that weighs less than a ton but it is quite refined in its design. There is very little wind that comes in where the roof and window meet.

It has a deep boot with two USB ports and even a space where you can store you phone. It has a body-color door cap that makes a straight line past the A-pillar, when you sit in the car. This is a car that harmonizes the interior and exterior better than any other that you may have ever seen. The neatness of the car makes one want to move in and never leave.

There’s something special about that roof

The roof is not chintzy at all. It is simply manual with a latch located at the center; simply throw the latch back, after unclipping it, then press it downwards to click it into place. It will take you a mere 3 seconds to put the roof in place without ever having to exit the car. For someone with a little more strength in the upper torso, it is easy to open it too, without having to get out. The engineers at Mazda have kept the design of the MX-5 quite simple, but they have really put a lot of work into this simple deign, making it perform better than one would expect.

And now for the fun part; the driving

This is a car that will give you an interesting ride; it may not be as adrenaline-pumping as driving a muscle car, or shocking as when driving a Porsche, but it will give you easy, light, perky fun. It has quite an interesting chassis, which is light in weight; this means that the thin 195-section tires will keep a good grip on the road. Given the power of the car, when you keep the throttle down, then you can expect the car to do a little fishtailing, but the front end of the car will never give up on you. How’s that for a bit of fun driving?

Does the electric power steering affect the driving?

To be honest, any car with electronic power steering does not give the driver a lot of feel, and the steering always seems to be a little too light. However, the designers of the Mazda MX-5 wanted a car that would be easy to drive, even if your aunt was to sit behind the wheel.

The car also has wonderful; damping which has taken away the awkward lurch that you felt from the earlier models, whenever you turned to take a corner; well, there is still a little bit of lurching, but hardly noticeable. This is a small car that will behave like an adult when on the motorway, and is ideal for driving in small towns. It is small but has a very powerful and perky engine; quite a surprising piece of machinery once you hit the road.

Is this a tiny guzzler?

On a test drive on the 100-mile road that goes northwards from Barcelona, the trip counter of the car did about 50.5mpg. Based on this performance, it is safe to say that the 1.5 liter engine is quite efficient when it comes to fuel economy. With a power of 129bhp. One would not expect the car to consume too much fuel.

However, just by looking at the design and performance of the car, one would be tempted to say that it has a 2-litre engine. The car does not have a turbocharged engine, but still it has enough pick-up at the start, and enough mid-range power to compete with some 2.0 liter cars. The car is not one that can be classified as a very fast sports car, but it can probably do 0 to 60 mph in about 8 seconds; no official stats have been released by Mazda as yet. The car has just enough power to give you an exciting ride, especially when it comes to taking corners.

This little four cylinder car has a lot of character and a cheeky exhaust noise. It gives you an extra 500rpm when you start it, which is quite an impressive chest-thumping feature. This little cracker of a car has a 6-speed manual gearbox with the pedals ideally placed for excellent driving.

The MX-5 is quite a simple car, but all the simplicity has been well melded together. The car does not have all the active and electronic gizmos that you find in other sports roadsters, but is a great performer, and one that does not mind being pushed to the edge of its limits.

When you look at most European cars, you get the feeling that the people in marketing would first identify driving niche, and then let the designers come up with a model that will fit the niche. With the Mazda MX-5, the performance is just as that derived from the earlier generations, but it does it much better. The spritely car has the engine, design and handling that has never been seen in previous models.

Why is the small roadster market so sparsely populated?

This is a difficult question to answer, but maybe most manufacturers do not think that they can come up with a car that betters the MX-5, which to this day has sold over a million units. They probably think that it is too costly to develop a small-chassis rear-drive car, which is quite a shame. However, the MX-5 fits into this category quite well, and brightens up the lives of those who would love to own such a car. 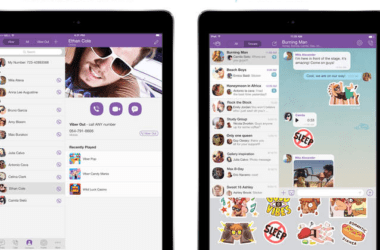