Samsung has released two version for the Galaxy Tab s in June, 8.4 inch one and the 10.5 inch version. LG has released in the U.S the new LG G Pad 10.1 inch tablet. All of the tablets have high-end tech specifications.

While talking about the display, it can be noted that the visual experience is better on the Galaxy Tab S because with the release of the Tab S, Samsung has installed Super AMOLED technology on their tablets, the Super AMOLED display on the Tab S is known to have the ability to present more than 90% of the color coverage from Adobe RGB. Galaxy Tab S has a contrast ratio of 1,000:1.The exterior design of the Samsung Galaxy Tab S is similar to the exterior design of the Samsung Galaxy S5.

The LG G Pad weighs 523 grams and it has a thickness of 0.35, while the Samsung Galaxy Tab S is a little lighter weighing 467 grams and it is 0.26 inches thick.

The LG G Pad sports the quad-core Qualcomm Snapdragon 400 ARM Cortex A7 processor that runs at 1.2 GHz and it has 1 GB of RAM available.

On the other hand the Samsung Galaxy Tab S comes with a more powerful processor, the octa-core Exynos 5, Cortex A7 that runs at 1.9 GHz, and it also has 3 GB of RAM available.

The operating systems the tablets use is the Android KitKat v4.4.2 OS. There are two options regarding the internal memory of the Samsung Galaxy Tab S, the 16 GB option and the 32 GB option. The LG G Pad comes with only one option regarding the internal memory, 16 GB, but it supports micro SD card. We don’t know yet how much you can expand the LG G Pad’s memory. The Samsung Galaxy Tab S also houses micro SD slot, and its memory can be expanded up to 128 GB.

Reports on the web world and consumer feedback reveals severe battery drainage issues with the Redmi 1S, a… 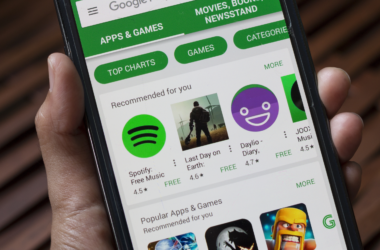 Currently, Google offers movies and other media through its Google Play service. Users on mobile devices and computers…