Minecraft Xbox 360 and Xbox One Facing Problems, Xbox Live is down

4J Studios, the developers of Minecraft Xbox 360 and Xbox One editions confirmed that the game has been facing outages because Xbox Live is completely down.

The reason is most probably the launch of online heists for GTA 5.

If you have been really busy building blocks and constructing stuff in your Minecraft world, you might have easily missed the happenings around the Grand Theft Auto world. The game has been an immense success ever since it got launched in 2013 but the online heists DLC was delayed. It wasn’t delayed by weeks or months but for a year and a half, annoying players to the core. But, when it got launched this month, obviously everyone wanted to immediately hop on to GTA online and check the gameplay to know what the hype was all about.

Minecraft is not alone

You don’t have to worry too much if you couldn’t gain access or login to servers on Minecraft Xbox 360 or Xbox One versions. You are not alone in this! A lot of players in the community have complained that they were unable to play the game as usual due to too much traffic on the Xbox Liveservers. It is obvious that GTA 5 is the reason as it got launched recently and too many people are trying to login to the game at the same time.

It is not only Minecraft but many other multiplayer games including Halo Master Chief Collection among many others have faced issues as well. Microsoft is busy trying to find a solution for this problem. But, it is not easy to increase servers immediately but rather you may have to wait a couple of days before the hype surrounding the newly launched online heists DLC fades off.

Official report from Microsoft confirms that their engineers are doing their best to make sure Xbox Live doesn’t go down again. Some players got annoyed because their Minecraft Xbox 360 edition as well as the Xbox One edition not only showed errors at the moment but has trouble connecting to online servers for a long time.

It may also vary based on the region you are in and if the company has limited servers. Compared to the PC edition which is powered by servers spread across the globe and even individual setups, consoles are dependent on official solutions offered by the companies. A permanent remedy is being demanded by players. 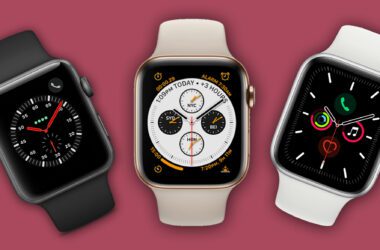 Apple iWatch Review – A Look at the Best Features

The latest product by Apple, the Apple Watch will hit the stores on April 24. The phone was…