Nintendo have a long standing history of making games exclusively for their own systems, indeed the largest selling point of Nintendo consoles has always been the games that come along with them. This is set to change soon however, with Nintendo deciding to partner with DeNA, developer of titles including Blood Brothers and Final Fantasy. This partnership sounded fairly simple and non important until Nintendo included the fact that these games would be free to use Nintendo IP in their games, something they invariably will. This means we can see classic game franchises like Mario, Pokemon and even smaller series like Star fox or F-Zero coming to mobile.

The instant reaction to this is one of almost disapproval, the mobile space produces few hits on the level that the characters deserve. This is something Nintendo have made some assurances about, first of all being that no continuations on current franchises will be seen on mobile, so a super Mario galaxy 3 for instance is off the table, and also with Nintendo’s passion for high quality, something they need to bring to the partnership both to profit from it, and to promote their systems as a whole.

What can we actually expect to see then? Nintendo have said that these games will be built “from the ground up” with mobile in mind, which actually creates some exciting new possibilities, as although the 3DS for instance has a lot of strong points, its resolution and processing power are actually beaten by the majority of the mobile space. Pair this with the variety of functions a smart phone can include (GPS, dual cameras and a microphone) and it’s not difficult to see Nintendo making some games that’ll really take advantage of the platform.

So, can we expect to see a Mario game hit the platform? It’s definitely in the realm of possibility, but there does come the issue of quality again, with a platforming game like Mario not working so well with a traditional touch screen. Instead, we could expect something which might fit into similar concepts of what we see on mobile, but with the Nintendo mark of quality, similar to how Sega have handled use of its sonic character in sonic dash and sonic jump.

It’s unclear what the first release from a partnership between DeNA and Nintendo will be, but a couple of guesses make me think an F-Zero game is on the table, Pokemon spin offs only feel natural, and perhaps we’ll even see slightly more vague Nintendo characters see their return to glory through a mobile device. Now is too soon to tell, but for any Nintendo fan this is exciting news! 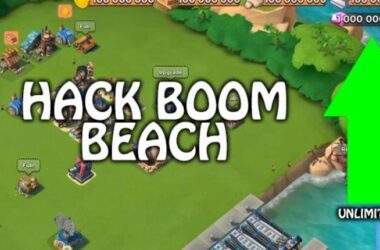 Boom Beach – Tips and Cheats for Getting Unlimited Resources

Boom Beach is a game created by Supercell for the Android and iOS devices. It was created by…

Google Play services is a very useful app, which was developed by Google Inc. This application allows you…