It is high time to spread awareness about deaths occurring from heroin overdoses. Attorney General Eric H. Holder Jr. is doing the same. He is calling it as urgent and growing public health crisis.

He is drawing attention to all the negative and wrong being done by heroin drug. In a video message he revealed deaths due to such overdose has increased by about 45 percent between 2006 and 2010.

Holder added the addiction to heroin as well as other opiates such as certain prescribed painkillers are impacting lives of people in every region of US and also from every background.

Holder also said further that the officials of Justice Department such as Drug Enforcement Administration are working aggressively to keep such drugs off the streets and also to get hold of traffickers and bring to justice.

In last three years or more DEA has come up with more than 4,500 heroin-related investigations and as an aftermath the illegal drugs seized along the southwest border of the country with Mexico rose by over 320 percent.

DEA is also expanding its education programs for doctors, pharmacists and other health-care providers, said Holder.

He added the DEA has asked them to carry naloxone to immediately administer the heroin overdose.

In recent years at least 17 states and Districts have amended their related laws to make naloxone more accessible. 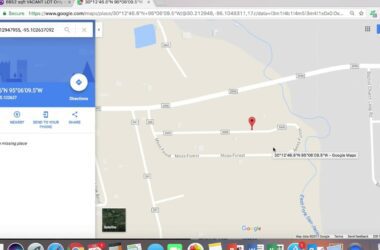 Google Maps is the most popular navigation service with tens of millions of people using it each day.…