Google Maps and Waze mapping applications have become very common in the lives of many travelers.

This is so because these two provide users with some of the best navigation tools to a point that none of them imagines travelling without any of these two apps.

Despite the fact that Google Maps and Waze meet on one battle field, they are owned by the same company – Google. Both apps can be downloaded and installed on an Android, iOS or even Windows Phone device for free. However, Google Maps comes as a default app in most Android-based smartphones and tablets.

Google Maps and Waze are very popular on Android devices and it is obviously because they are amazing navigation tools that will ensure you don’t miss any turn as you can access live maps as well as maps of the route you are heading towards. Despite the amazing capabilities showcased by these two apps, it is sometimes hard to keep both of them on one Android device and there is need to choose between them.

In order to help you with your choice, here is a comparison of the performance as well as features of Google Maps and Waze free download.

These two apps have worked really hard towards ensuring that users get the simplest of all designs. However, Google Maps has a much simpler design than what users of Waze get. Despite this, you’ll have more fun with Waze’s quirkier icons as opposed to Google Maps. However, understanding what these icons stand for in Waze is at times difficult.

This means that Waze can be slower in navigation since it is easy to tap on an unwanted button by mistake. Furthermore, it means that if you want to keep things clean and simple when driving, it is best to keep your faith in Google Maps.

When talking of getting traffic updates in real time, it is better to go for Waze. This is because this app will provide you with constant updates of the traffic condition when driving and in this way you can deviate to a clearer course rather than stay on a traffic-laden route. Waze makes use of active as well as passive feedback from other users of the app who are also using the same route. Thus, you’ll see pop ups of real time updates about the traffic situation of the route you are driving on. Updates that the app provides include accidents, traffic jams, rerouting directions and many others.

The latest version of Google Maps is equipped with some features of traffic updates. However, it is just implementing this functionality and it will take the company some time before it manages to reach Waze’s standards.

Waze has complete focus on the people who are driving. It provides details and useful information of navigation in relation to the use of personal vehicles. However, Google Hangouts is better equipped in this case as it offers more details about walking, public means of transport as well as biking. You will get routes and directions on how to use these means of transport on your way to your preferred destination. The latest version of Google Maps also comes with an enhanced search bar where you can search for the details of a wide range of nearby venues, restaurants as well as stores.

Waze is not left behind in this case as you’ll also come across other features, for instance, ability to pinpoint exact locations with police cars. In this way, other users of the app can avoid getting punished for over speeding as well as keeping it cool when driving in areas where police cars and officers are. Be very careful with this feature as it has recently been noted that some police officers have realized the power of this app and they are also filling in fake locations of police cars and officers.

Using Waze, it is also possible to add contacts and see where they have been driving to in the recent past.

Google Maps and Waze are two exceptional mapping apps. However, if you are looking for an app specific to driving, Waze is the best option. But if you will often be switching between driving, walking, public transport and biking, then Google Maps should be your app of choice.

You can keep faith with Google Maps when traveling to new places as it’s easier to read. On the other hand, Waze is the best when travelling to familiar places as you will be able to get to use some of the least-known routes as well as get the most relevant details about traffic. Better still, you can keep both apps on your device for the best navigation services. 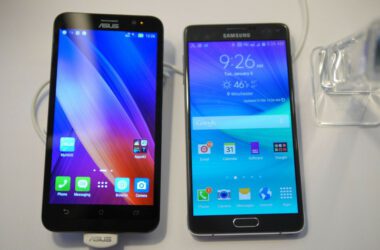 For the longest time, Viber has been an application for smartphones that allows users to communicate with other…

If you’re one of the users who install any cool application they find on the internet, without caring…