Trying to walk around the Play Store can be a minefield.

The latest update of the Play Store now has distinctive sections of free games and the free games that require in-app purchases.

As it turns out, many of the games that people considered as free weren’t that free. They have ended up in the free with in-app purchases section. However, it doesn’t mean you cannot enjoy these games without these in-app purchases. There are even other amazing games that are available for free – no in-app purchases required at any point.

In this list, you will come across both sets of games. However, the good part of it is that you don’t have to pay for any of these games in order to play them. You can only make a purchase that you feel will enhance your gaming experience. Otherwise, you can stick with the basic/free version and still get incredible and relentless fun. Here is out list of the best 5 free Android games for 2015.

Crossy Road is without doubt a cute game thanks to its ability to offer the best solutions for those quick-fix sessions, something that led the game to winning an accolade as the “Best quick-play game” presented at the International Mobile Gaming Awards.

The idea of the game is to survive longer and in the end, you will have more gold. You can then use this gold to unlock new characters and go on with traversing this endless 3D world. In actual sense, Crossy Road amazingly combines old school and new school, making the game extremely challenging and at the same time charming. You will definitely love it.

As crazy as the name sounds, the Super Monsters Ate My Condo is a game that is made by Adult Swim games and this name should be familiar from the well-known Robot Unicorn Attack. In this game, there are apartment condo floors that come in different colors right from the top of the screen, dropping down where your job is to swipe them into the mouths of the super monsters waiting down there.

You don’t want to leave the monsters unfed because they will get angry and you definitely don’t want an angry monster near you. Well, it won’t eat you in some way, but you’ll lose the game. The game comes with in-app purchases such as acid, dog and nukes which can be used along with the game.

Following the lines of the popular series Dungeon Hunter, Dungeon Hunter 5 comes with a new twist on the usual crawling, hack and slash formula. However, the main quest is no different from previous games where you and up to three of your buddies must and slash and blast your way through a team of monsters in order to save the Kingdom of Valenthia. You will come across lots of fun that include boss fighting, leveling up as well as spell-crafting.

There is a new and interesting feature in the latest Dungeon Hunter 5 known as Strongholds multiplayer mode. Here, you build a base and train an army of monsters and you can then take on other players, attacking their strongholds. This is a game that Clash of Clans should definitely watch out for!

This is another of the many infinity runner games that are dominating the Android market. Subway Surfers comes in to take over from the revered Temple Run and for sure, it is worth it. You will be taken down to the subway or railway tracks in a colorful and cartoony world of famous places that include Las Vegas, Miami, Bangkok and London.

The idea of this game is to keep running extremely fast. However, you have to ensure that no train or any obstacle hits you and on the way, you will also be collecting coins. Using these coins, you can unlock new characters as well as other power-ups.

Fruit Ninja is not a new game. It has had quite some notable success in the years it has been around thanks to its highly addictive nature. By simply swiping your ninja sword across the screen, you will be able to dish out deadly attacks to fruits such as watermelons, peaches and bananas. This arcade game is amazing and you will never stop enjoying the infinite slicing that Fruit Ninja offers for free. 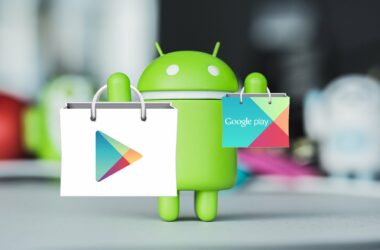