Since CES, Asus has released four versions of the Zenfone 2.

The latest, the model ZE551ML, is definitely the best one and it comes with the highest price. Nevertheless, the phone is entering mid-range priced, but with some specs that can compete with premium phones. When it was released in September 2013, the LG G2 was a flagship device and one of the best on the market. Now, it is a mid-range device, but it can still compete with some of the new and latest phones on the market.

One of the best things about the LG G2 is the design. Thanks to the slim and narrow bezels, the phone makes almost full use of the display. The ratio of display size of the LG G2 is 75%, much more than the 70% of the Zenfone 2. The LG G2 has a 5.2 inches display, with resolution of 1080 x 1920 pixels. The latest model of the Zenfone 2 also has the 1080p display, with size set at 5.5 inches, entering phablet territory.

The LG G2 might be old, but the phone still has a relatively powerful processor. The Snapdragon 800 chipset is inside, and the quad core processor has its speed limited up to 2.26 GHz. The phone is available with 16 or 32 GB built in storage, while the RAM is set at 2 GB. The biggest advantage of the Zenfone 2 is the 4 GB of RAM. With a quad core processor and clocking speed of 2.3 GHz, the phone definitely appeals to users. The internal memory is another bonus, as the phone is available with 64 GB starting memory space. Out of the box, the Zenfone 2 runs on the Android 5.0 Lollipop. However, LG G2 users won’t have to wait much longer, as the phone will get the new update anytime soon, either in March or April.

While both phones have a 13-MP sensor on the back, the LG G2 still delivers better picture and video quality due to its optical image stabilization. The front facing camera of the Zenfone 2 is better, as the phone has a 5-MP selfie shooter with wide lens. On the front, the LG G2 has a 2.1-MP sensor.

There is no difference in the capacity of the battery, as it is a 3000 mAh battery in both the LG G2 and the Zenfone 2.

There is some good news and some bad news for Xbox One owners! The developers Respawn entertainment has… 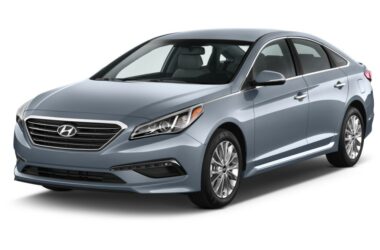