WhatsApp is undoubtedly the most globally used instant messaging application these days. It allows users all over the world to enjoy unhindered communication, even across borders, letting you sharing photos, audio files, and videos. Users have recently gotten a little more creative using the app to share hilarious videos, images and jokes. Anything shared on WhatsApp has the ability to go viral as long as it carries content that users consider worth forwarding to one another.

Unfortunately, this has also led to the viral spread of rumours, fraud messages and Hoaxes across the globe. This happens when users forward messages in ignorance without taking a minute to cross check the validity of their sources, let alone the credibility of the information these messages carry. With the advent of WhatsApp groups, such messages spread even faster since.

All you have to do is forward them to the different groups you are actively involved in, the other active members will follow suit.

Here is a list of some of the Top WhatsApp Hoaxes You Don’t Have To Forward:

1. WhatsApp is shutting down and requires you to forward the Message to 10 contacts in order to remain active

This hoax comes in a message purported to be from the WhatsApp Inc CEO; ‘Jim Balsamic’. It claims that there is an overwhelming number of usernames on their servers. According to the message, the service, in a bid to determine which users are active, requires that you forward the message to 10 users within 48 hours in order to avoid having your account deleted. The message also claims that failure to do so attracts an added charge to your monthly bill should you choose to re-activate your account.

2. Get your WhatsApp logo to turn red if you want to enjoy the service free of charge

This message warns that you will soon begin paying to use WhatsApp. The message also claims it is possible to keep the service free as long as you forward it to 10 people. It also goes to add that after forwarding it, your WhatsApp logo turns red indicating that the system considers you a frequent user.

Normally, the messaging app displays two blue ticks and the time a message is sent at the bottom of each message. it does so to indicate that the message has been successfully received and read by the recipient. This particular hoax claims that by forwarding it to 20 users automatically registers you for the free mode; in addition, it also says that the blue ticks should turn green upon successfully forwarding the message to 20 people in your contacts claiming that the current blue ticks are fake and that users should look forward to the green ones.

4. You will begin to pay for the service Unless your WhatsApp icon turns blue

All these messages and any of a similar nature should be considered hoaxes that should not be forwarded. Harmless as they may seem, some of these messages may contain malicious files that could steal data from your phone or get your line subscribed to SMS services that charge for every message you receive. Instead of forwarding such messages, delete them immediately. Any crucial information from WhatsApp is only communicated through official sources like the WhatsApp website. 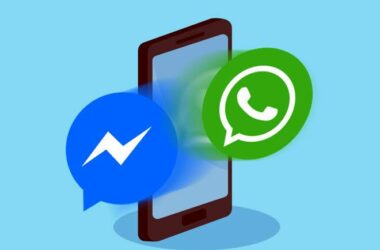 There was a time when WhatsApp and Facebook Messenger were rivals, competing against each other in terms of…

As of this writing, Channels on youtube will be able to conceal their follower numbers. This means that…