According to news reports, Sony wants to launch ten live-service games until March 2026. PlayStation is known for its top-notch and single-player experiences. We’ve got God of War, The Last of Us, and Horizon. So they were always about the high-quality games, with a special plot. But they’ve also had some nice multiplayer experiences, as well.

We learned that Sony had bought Bungie for $3.6 billion – the ones that made Destiny 2. So it does make sense why they’re preparing for a bright future.

Sony has confirmed that they want to launch ten live-service games by March 2026. So this means that we might get more than two multiplayer games per year. We know for sure that Naughty Dog is working on a multiplayer version of The Last Of Us. London Studios is also working on something for PS5. But we might see something bigger coming from Bungie, since they’re already so successful with Destiny 2.

Sony CFO Hiroki Totoki stated: “The strategic significance of this acquisition lies not only in obtaining the highly successful Destiny franchise, as well as major new IP Bungie is currently developing, but also incorporating into the Sony group the expertise and technologies Bungie has developed in the live game services space. “Through close collaboration between Bungie and PlayStation Studios, we aim to launch more than ten live service games by the fiscal year ending March 2026.”

As of now, we’re waiting to hear more about those ten games exclusive to PlayStation: will they manage to release them all until 2026? And how many of them will be free?

Fans are worried that this long-term plan will actually ruin Sony’s commitment to high-quality, single-player games, since the company wants to release so many on such short notice. But maybe that’s not the case. Maybe they will be able to do them all accordingly. We are happy that Sony is expanding its line of games, and we think we will get the best of both worlds. 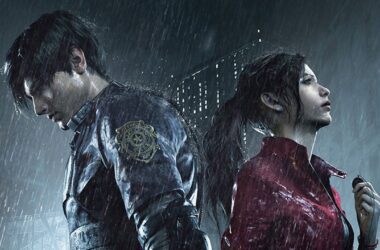