The HTC One M9 is one of the most anticipated smartphones for 2015. Following a successful year with the HTC One M8, customers are now eager to see what the HTC One M9 will bring.

And in a market with so many manufacturers and hundreds of smartphones, one must be unique in order to be different from the others. Judging by many rumors and reports, the phone that HTC will unveil on March 1 will be a great handset. And there are some specs and features that make the HTC One M9 unique.

Last year, HTC proved that if you have a great selfie camera, you can compete in the flagship market even with a lowly rear camera. This year, the company is taking things to the next level. Obviously, the ultrapixel sensor is not a good fit for a rear camera, but for a front facing camera, the 4-MP ultrapixel sensor is an excellent choice. The ultrapixel technology works in a way that it allows more light than the standard technology. Since rear cameras have LED flash, the extra light does more harm than good. But front facing cameras lack LED flash, and this is where the ultrapixel technology will come in handy.

HTC firmly believes that the full HD 1080 x 1920 pixels display is a better option than the QHD display. Will the risk pay off? We will see. But we do know for sure that almost every other flagship device will feature a QHD display. HTC’s take is that full HD display is more energy efficient, and the difference is not much noticeable by the eye.

If there is one thing users cannot get enough of, that is the BoomSound speakers HTC has installed in most of the devices the company launched last year. The BoomSound speakers deliver the best audio and sound experience on the market. This year, for the HTC One M9, the Taiwanese company promises to deliver even better BoomSound Speakers. 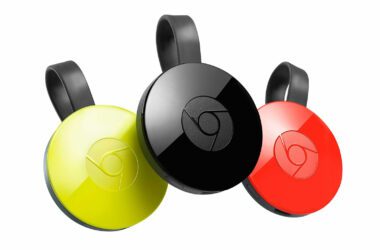 How To Enhance Your Chromecast Experience

Chromcast is a great tool, watching TV and is a good alternative to Roku and Apple TV, so…