Skype is one of the leading providers of VoIP services and this can be attributed to the amazing quality and features that this application offers users when it comes to this niche.

Some of the features offered by Skype include free voice and video calling as well as messaging services. Users can also enjoy free video conferencing using Skype, a feature that has been very much appreciated by business people as they can be able to hold meetings virtually and thus save on extra travelling costs.

Google Hangouts on the other hand is a new entrant in the VoIP niche and despite being new, it has the massive backing of the Google brand name and in order to make use of this application, you only need a Gmail account and that’s it. Users of Hangouts can make free voice and video calls to each other regardless of their global locations.

Skype recently launched a new feature to its platform known as the Skype Translator. Using this feature, Skype users can make calls to any holder of a Skype account and communicate in any language and this feature will be in handy to remove any language barriers that may exist between the two parties in a conversation. This feature provides real time translation of voice calls such that both users can communicate in a language of their choice, but the message will be delivered in the best language that the recipient understands properly.

As it seems, Google is now planning to launch a new feature of their own in the shape of Google Translate and with this feature, users of Hangouts will be able to call anyone without worrying about the language barrier. This move by Google is set to rekindle the ‘feud’ between Google and Microsoft when it comes to the technological world as this feature follows the path of Skype. According to the latest reports, this feature will be available on Hangouts and other Google platforms really soon.

The new Google Translate feature will be incorporated in the Hangouts app and with this feature; you’ll be able to make a call to someone on the other end who is not using the same language as you. Even though it is not yet clear the number of languages it supports, it is expected to cover a wide number of major languages considering the fact that Google already has this feature but in the textual context.

Another added advantage of the new Google Translate feature is that it will be able to provide users with real-time voice translations and later follow them with text-based translations. Just like with Skype real-time translation, Hangouts will also be able to offer similar quality of services to its users.

Google is planning to introduce a bunch of new features to this new feature in order to make it even smarter than what Skype users get. One such feature is the ability to take snapshots and with this feature, users, especially travelers, can take advantage of it when visiting places where English is not the official language. You can simply take a snapshot of a sign, board or anything that has letters on it and using the Google Translate feature, you will be able to get an automatic translation of the snapshot contents in a language of your choice and in text format.

Despite the fact that Microsoft’s Skype is the first to launch such a feature, the introduction of a similar feature in Google Hangouts is set to spark a huge competition between these two VoIP apps. Skype Translator is still new and it has yet to be fully perfect. However, it has some glitches that sometimes render it unusable but with further improvements, these bugs will be fixed and hopefully, the feature will be flawless in its functionality.

Google Translate is not yet out but as expected this company will ensure it offers users the best of this feature in a bid to outshine Skype when it comes to the number of users across the globe. When these two companies have collided in the past, the result has always been the best for users and this is what users of both apps should expect from Google Translate and Skype Translator features of Hangouts and Skype respectively.

LG G3 is among the first devices to get the Android 5.0 Lollipop update. However, it is yet… 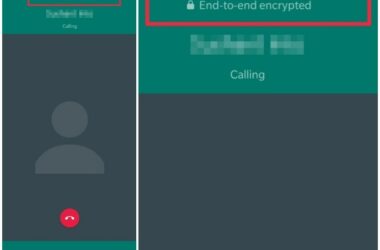 With more than 800 million folks using WhatsApp, there is no wonder that this app has gained quite… 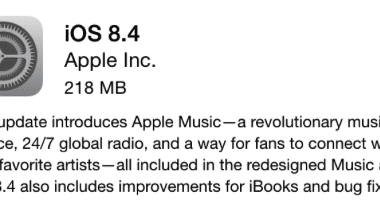