After their launch, Viber, WhatsApp and WeChat convinced millions of people to install and use them to send messages to their friends. When smartphones started evolving also, these applications adapted and brought new features, such as making free calls to other people using the same application, regardless of the location of the other person. But there are many people that haven’t tried any of these applications and don’t know which one to install. In this case, if your circle of friends is using a certain application, you shouldn’t install other application because you won’t chat with them for free.

In this article, we’ll talk about these applications and we’ll take a look at their features.

This application was launched in 2009, being created by Brian Acton and Jan Koum who worked for Yahoo! After leaving this company and being rejected by Facebook, Koum spent its savings from Yahoo ($400,000), he purchased an iPhone and invested a good amount of money in developing WhatsApp. The application was unstable at first, but Acton told Koum to have patience because in a few months, the application will attract users. The first feature integrated on WhatsApp was Push notifications, which allowed developers ping their users when they took a break from using the application, then the users were pinged whenever someone was changing his/her status.

Anyway, in that period, Skype was having problems and took advantage of this situation and arose. When Zuckerberg saw how popular WhatsApp as become, he went ahead and offered 19 billion dollars to acquire the company, and the takeover took place on February 19, 2014. Currently, the application has over 700 million active users which own mobile devices running on iOS, Android, BlackBerry OS and BlackBerry 10, Windows Phone, Nokia Series 40 and Symbian.

For now, they are limited to sending text messages, images, videos, audio notes and share location, but in some parts of the world, the voice calling feature already rolled out (India), but not everyone received it, because the feature wasn’t introduced yet on an official version and the company is testing it on some people’s devices. The PC users are also happy with the introduction of WhatsApp Web, which requires a browser to work. As long as WhatsApp is running on a smartphone, it can be used on a computer, as well. Anyway, in the first year, the application is free to use, then you have to pay an annual fee of $0.99.

This application came in 2010, being founded by four Israeli partners, who released it for iOS (iPhones), to compete with Skype. A version for Android came in 2011, but only 50.000 users had access to it and the unrestricted version was released in 2012, the same year when BlackBerry and Windows Phone received a version. On September 22, 2012, Viber introduced HD-quality phone calls and hold group-messaging sessions for Windows Phone OS, after making a partnership with Nokia, and the feature was available for all Windows Phone 8 devices in April 2013. Viber for Linux came in August 2013 as a public beta and the final version was released exactly one year later. The application was bought by Rakuten on February 13, 2014, for the sum of $900 million. Viber allows you to make calls to friends that don’t use this application, but the rates are very low. Currently, there are 460 million users from all over the world.

This application is very “young”, as it was launched 4 years ago, being developed by a Chinese company named Terent. It started as a mobile text and voice messaging communication service and in short time, the number of users reached 400 million, being spread over the globe. WeChat works like the other applications, meaning that it allows you to exchange free messages, but has additional features such as “Shake your phone” and “Drift a bottle”, with which you ca connect to random people that use WeChat. Plus, you can send invitations to your friends, to register to WeChat, and when they install it, they will enjoy using the variety of stickers to make conversations much more fun. 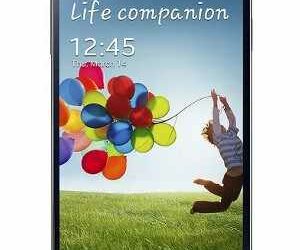 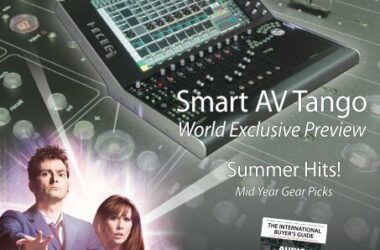 Alzheimer’s disease (AD) affects millions of people worldwide. As a result of an increase in life expectancy, the…