Before you actually start pondering on purchasing the Galaxy Gear smartwatch priced at $299, you should be aware of the fact that it is compatible with only Galaxy Note 10.1 2014 Edition and Galaxy Note 3 devices.

The two devices have been released alongside the Galaxy Gear gadget. Apparently, the Galaxy Gear functionality is heavily dependent on the device to which it is connected.

However, two features of the Galaxy Gear smartwatch have been appealing to the eye – carrying out phone calls and built-in camera.

Bluetooth enabled Galaxy Gear allows the user to make and attend phone calls from the smartwatch. Samsung considerably nailed the execution with the making and receiving call feature on the smartwatch. Calls can be conveniently answered through your Galaxy Gear gadget. All you have to do is to swipe the screen when incoming call flashes on the display or make use of the Voice command feature. The smartwatch comes equipped with one loudspeaker and two microphones in the buckle. The voice sounds clear to both the caller and the person receiving the call on the smartwatch.

The smartwatch offers great sound quality. In addition, the device does a decent job of picking up speech from a distance. Even if the hands are placed on the desk, the device picks up speech decently. However, the only drawback is the limitation on calls, which is similar as applied to a speakerphone call. Plenty of noise and dearth of privacy implies the function would be used in a secluded area only.

The built-in 1.9MP camera of the Galaxy Gear should not be considered similar to some user-facing camera of Samsung smartphones. The smartwatch camera produces reliable images in a swift manner. In fact, Samsung has made picture capturing from your smartwatch an effortless affair. You may not have to retake pictures due to lack of focus and exposure. The gadget takes little time and effort in capturing images through its penny-pinching camera.

The Gear captures square pictures having a resolution of 1392 x 1392 pixels. The resolution is much greater than what is required to be posted on Instagram. In addition, the image quality proves to be sufficient for the filter play session. You can record sound clip with an image along with a 15-second video clip at 720p. The internal storage capacity of 4GB offers sufficient space to save multimedia files.

The images and video clips can be sent to the connected Galaxy device through Bluetooth.

The Galaxy S Edge is one of the most anticipated devices for 2015. And the design of the… 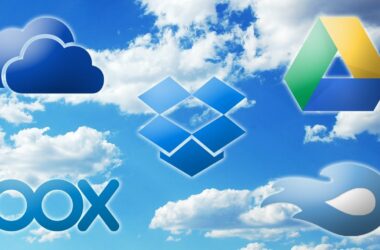