Minecraft Title Update 19 Released for Xbox One and Xbox 360

Before releasing this update, 4J Studios has posted a Tutorial World tease via their Twitter account where you can notice an island with a bridge connecting it to the main land, a castle, horses and many other features that this new update comes with. Here is the video we’re talking about:

The Title Update 19 is the biggest one until now and it comes with many new updates such as: Horse Update, Redstone Update, The Pretty Scary Update, etc.

The Horse Update will bring horses, mules and donkey, carpet, coal blocks, etc. The Redstone update brings the new redstone blocks but at the same time optimize the lightning engine. There are also some new blocks added such as: dropper, hopper, daylight sensor, block of redstones, etc. Some updates that were specific for PC such as the scoreboard system, will most likely not come to the consoles. The Pretty Scare Update brings new mobs such as Witches, Bats, Wither Skeletons and Wither Boss.

As we told you above, the Minecraft Title Update for Xbox One and Xbox 360 already got released and here is the full change log of this latest update.

New items that got added

New Mobs that got added

– A new terrain generation features – Huts has been added
– A new world containing some new mini-tutorial has replaced the Tutorial World
– Beacon Interface has been added
– Horse interface has been added
– Fireworks interface is now accessible from the Crafting Table if you have the ingredients to craft Firework Rocket or Firework Star
– A new Adventure Mode has been added where you will be able to break blocks only with the correct tools
– New sounds have been added
– Projectiles, Mobs and Items can now pass through portals
– You can lock a repeater by powering its sides with another repeater.
– Skeletons and Zombies will now spawn with different armor and weapons
– New death messages have been added
– Bonemeal will no longer grow instantly everything to full size and instead it will randomly grow in stages
– Dispensers can now face in any direction
– If you eat a golden apple you will get an extra “absorption” health for a short period of time
– The longer you stay in an area the harder mobs will spawn

Have you updated your Minecraft from Xbox One or Xbox 360 to Title Update 19 yet? What are your thoughts about this new update that 4J Studios released?

Microsoft is very popular, and their new games are tried by everyone. They’ve caught even more of that… 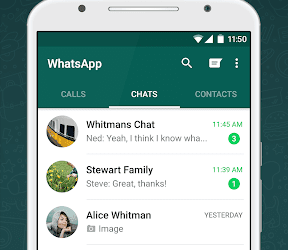 One of the top-ranking IM apps is rolling out a brand new design. You can check it out… 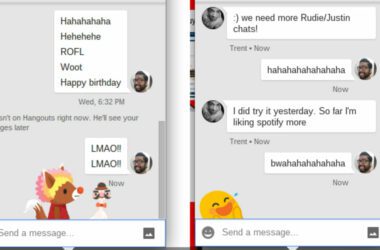 Hangouts is an app that was developed by Google. It is an up and coming video chat and…