Last year, in October, Google released the Nexus 6 phablet which was manufactured by Motorola. The phone had the looks of the Moto X, only it was much bigger and, of course, way more powerful. He fans are curious about the upcoming Nexus device and even if Google hasn’t declared anything yet about this phone, currently, there are two names bandied about the production of this smartphone: Huawei and LG.

Google will come back with a new flagship, but for now, the only information we know about the successor of the Nexus 6 comes from a Chinese mobile industry analyst, who wrote on the Weibo social network that Huawei is working on a Nexus phablet with a 5.7inches screen that will probably support a resolution of 2560×1440 pixels and which will be powered by a Qualcomm Snapdragon 810 processor. Of course, Google hasn’t confirmed these rumors, but a few people know that before teaming up with Motorola to make its Android device, Huawei’s name was linked to the production of the Nexus 6.

Google collaborated in the past with LG, which manufactured the Nexus 4 and 5 devices, and there are rumors according to which Google no longer wants Motorola to make its phones and there’s a possibility to return to LG, in order to make a phone that will borrow the features of the LG G4, which has an IPS screen with QHD resolution of 2560x1440pixels and which has a color spectrum sensor.

The American giant might give us some clues about the new Nexus at the upcoming Google I/O 2015 annual conference. With this occasion, the company is also rumored to unveil the new Android 6.0 M (Muffin) operating system, which should run on the new Nexus smartphone.

Currently, the Nexus 6 32GB variant is sold on Amazon at the price of 640 dollars, while the 64GB variant is 200 dollars more expensive. The device is relatively thick at 10.1mm, it features a matte plastic back with a dimple below the camera, the screen measures around 6inches and uses AMOLED technology from Samsung, being capable to support 1440×2560 pixels at 493ppi. It runs on Android v5.1 (Lollipop) with 3GB of RAM and it’s powered by a quad core Krait 450 processor with a clock speed of 2.7GHz, which is supported by a Qualcomm Snapdragon 805 chipset. It has storage options of 32 and 64GB, but which don’t support expansion and the rear camera has a resolution of 13MP (OIS, dual-LED flash, HDR), which is paired with a front camera of 2MP. 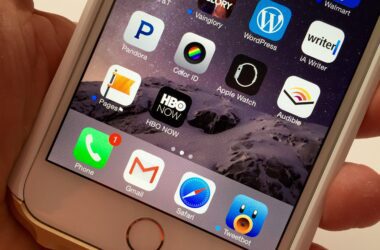 Since iOS 8 came into play, many Apple users have been reporting common issues that include battery life,… 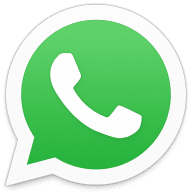 Samsung Galaxy S6 Edge is one of the most intriguing smartphones Samsung has ever made. From the design…