The latest tablet in the series of iPad Air was set to start production in November of last year.

However, things went different as Apple saw the launch of the iPhone 6 models record huge popularity among Apple lovers.

The huge demand in the latest smartphone flagships from Apple can be attributed to the premium design, feel, looks as well as the latest features and software used in the devices that make users enjoy using them. Despite its continued success in the smartphone market, there are some exciting speculations regarding the new tablet from Apple, how it might look like, the new features to be included and some other specifications that it will come out with.

Reports coming from a reliable source inside the company suggest that the new tablet will come with a massive size of 12.2 inches and it will feature little to zero changes when it comes to the looks and appearance sported by the iPad Air 2. The iPad Air Plus is rumored to have fixed measurements of 305 mm by 221 mm by 7 mm.

Despite the above rumor largely circulating the internet, there are other sources which record otherwise, citing the size of the display screen of the new Air Plus to be in the regions of 12.9 inches. However, these reports have been quashed by more reliable sources and as it stands, the latest tablet from Apple will have a 12.2 inch display screen.

The latest Air 2 comes with the latest A8X chipset that is based on the 64-bit architecture and many are of the view that Apple will take the same direction when it comes to choosing the processor of the new Air Plus. However, as it seems, many will be disappointed and at the same time amazed by the advanced A9 chipset that will be featured on the latest iPad Air Plus.

The new chip has been reported to come with ultra-fast performance capabilities that will ensure that users of the new Air Plus enjoy using their flawless gadgets.

There are reports that suggest enthusiasts of Apple tablets can get to use this product from the second quarter of this year if all goes according to plan. However, nothing is concrete yet and we may see a change in the release date of this product since there are other sites that suggest the latest iPad Air Plus will take to the market towards the end of the third quarter due to the huge demand in the latest flagships in the shape of iPhone 6 and iPhone 6 Plus. The later device has led to the invention of a name in the smartphone and tablet niches known as phablet. This is a device that is a tablet and a smartphone.

iPhone 6 and iPhone 6 Plus are the latest flagship smartphones from Apple and according to the latest reports, the sale of these two products, especially the latter may affect the general production of tablets. This is in line with some stats that show users of Apple mobile devices prefer using the 5.5 inch phablet to the 7-inch tablets.

It is for this reason it’s believed that Apple has set its sights on adding size to their tablets so that there can be a real difference between the two devices – a large screen smartphone and a tablet. This will however add problems to Apple than solve them as the new iPad Air Plus with a screen size of 12.2 inches will definitely harm the sale of MacBook Air products. It is the only time that can tell what will come by. Keep following us for the latest updates regarding this development.

Apple iPad Air 2 vs. iPad Air – Is There a Need for Upgrading? 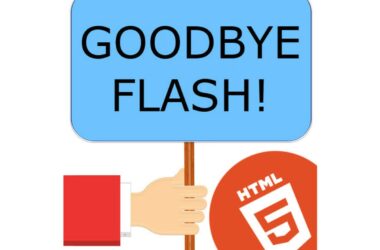 With the abundance of apps that can be found in the Google Play store, it comes as no…