Over half of the formerly sequenced DNA is now enriched with 400 million additional letters, according to this latest study published in Science. Researchers will be able to examine how people’s DNA varies and if these genetic variants are related to illness after the whole genome has been sequenced.

Unknown genes have remained a mystery until now. These genes, it seems, are crucial for adaptability. Diseases, plagues, and viruses can’t survive us if we don’t have the immune system response genes to fight them off. In order to accurately predict medication response, they have genes that are quite essential. Our uniqueness may be traced back to newly discovered genes that are fundamental for making our brains bigger than many other animals.

Because of its complexity, this last 8% of the genetic code has been a mystery to scientists for many years now. In addition, it included a number of DNA repeats, making it difficult to sequence the DNA in the right order using earlier approaches.

Sequencing tools must be used to break down the DNA into fragment pieces before it can be assembled correctly. Until recently, DNA sequencing technologies were limited to a tiny portion of the genome at a time.

The expense and time required to decode a person’s genome are still prohibitive for most people. However, this genome is being used in studies to see whether particular genetic variants are connected to various malignancies. This study is now happening. It’s possible that physicians may use this information to create more personalized treatment plans. 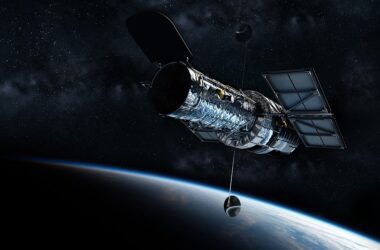 The Hubble Space Telescope obtained this week’s picture of the spiral galaxy NGC 4571, which is situated 60…