The already retired Kepler Space Telescope has discovered an exoplanet that is 17,000 light-years away from Earth. The planet-hunting telescope has now found a planet twice as far away as the former record holder. As if that weren’t interesting enough, the planet is nearly identical to Jupiter in terms of mass and orbital radius from the Sun.

Gravitational microlensing was used instead of Kepler’s main detection approach for K2-2016-BLG-0005Lb, which is the first verified exoplanet from the 2016 data set that found 27 potential objects. The discovery of exoplanets thanks to NASA’s Kepler mission was a game-changer. The Kepler telescope was designed to detect the subtle, periodic drops in brightness that indicate the presence of an exoplanet in orbit. To identify massive exoplanets circling close to their stars, the transit technique is a suitable option.

Microlensing is a bit difficult, relying on a chance alignment and a gravitational quirk. A planet’s mass bends space-time around it due to gravitational curvature. It’s like a magnifying lens that brightens the starlight a little bit as the planet crosses in front of it, but only for a short period of time. Using gravitational microlensing, we can identify distant exoplanets that circle their stars at enormous distances, down to extremely tiny planet masses. You need an almost perfectly aligned planetary system and star in order to perceive this effect at all.

Experts were able to establish the weight of the planet as well as its orbiting radius from its home star because of Kepler’s ability to study unhindered by weather or daylight. If you compare its mass and distance from its Sun to Jupiter’s, you’ll find that it’s almost similar.

New information about exoplanets may be revealed as a result of these discoveries.

The research is available on arXiv. Nanodiamonds can be grown without the use of explosions, according to researchers. The method might potentially be employed… 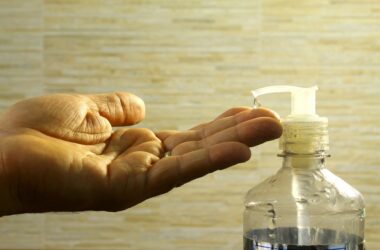