Top 12 Most Expensive Colleges in the United States

While education is essential and therefore, should be more accessible as a rule, some colleges in the United States are far from it!

Some may argue that good things don’t come cheap however, and this is definitely the case when it comes to the top institutions for higher education in the country.

Education is an integral part of human and societal development but these colleges are still a distant dream for some as far as tuition is concerned.

But what makes these colleges so highly priced and what do they have to offer to so many eager students?

Read on to find out as we rank the 12 most expensive colleges in the United States!

At number 12 we have Vassar College in Poughkeepsie, New York, which requires a tuition of around $76,000 per year on average!

However, if it’s out of your budget, you’ll be pleased to know that over half of their students get some sort of financial aid.

With fees, tuition and campus housing, Georgetown University runs for over $76,000 per year as well, before taking any financial aid into account.

It is also ranked by Niche at No. 2 on the list of expensive Catholic colleges, just behind Notre Dame.

Without any financial aid, a year at Wellesley College will cost you around $76,220.

This liberal arts school in Massachusetts is constantly ranked as one of the best women’s colleges in the United States so it may just be worth it for some!

The University of Chicago costs every student around $76,302 per year, making it the most expensive four-year university in the United States and third among colleges for economics in the country.

The University of Chicago is a research institution as well and always ranks high in all areas of education both domestically and internationally.

Here you can choose to study Economics, Law or Sociology, fields that have all been influenced by the university throughout its existence.

The Massachusetts Institute of Technology, or MIT, as it is commonly known as, is definitely amongst the most expensive colleges in the United States and for good reason!

After all, it’s a prestigious school, renowned for always ranking high in research.

As part of MIT, there are 5 different schools of learning including Humanities, Arts, Engineering, Social Sciences and Architecture and Planning.

The institute is also always highly rated in terms of research development and its innovative teaching methods, managing to always produce leaders and innovators in each field.

In fact, 93 graduates from this college are also Nobel Laureates while 26 are 26 Turing Award winners.

Sarah Lawrence College is considered to be an Ivy League college and has been a pioneer of the co-ed liberal arts ever since it was founded nearly a hundred years ago.

This school is also well known for providing top quality education for women.

The students get to choose from no less than 12 total programs but they can also design their own custom course pack based on their unique academic goals.

Another opportunity offered to students involves the chance to further their education in other countries such as Japan and France.

Minus the financial aid you may manage to receive, tuition at the University of South California is $77,459 per year.

But if you’re planning on studying film and photography at one of the most prestigious schools in the country, it may just be all worth it!

Columbia University was previously known as King’s College and yet another highly rated school, famous for its research.

It is the 5th oldest higher-education institution in the United States, having been founded in 1754, and uses groundbreaking teaching methods.

It has established itself as a hub of incredible discoveries such as brain-computer interface and Nuclear piles.

Not to mention that Columbia University is also really selective, with only a 5 percent acceptance rate.

Dartmouth College is a well renowned institution founded in 1769, which makes it the ninth oldest higher education establishment.

It may be expensive to attend Dartmouth College but many students think it’s worth accessing the world class education in 40 different programs including engineering, medicine, art, business and sciences.

Amherst College has a tuition of around $76,800 per year.

Furthermore, this school in central Massachusetts has an acceptance rate of 11 percent!

The University of Pennsylvania is an Ivy League school so it’s not exactly surprising it’s one of the most expensive in the United States, with a tuition of around $76,826 annually.

The acceptance rate is really low as well – 8 percent!

Furthermore, this Philadelphia school has been ranked as the very best college for business in the country as per Niche.

Harvey Mudd College is arguably the most expensive college in the United States with tuition of around $77,339 per year. In fact, it may just be the most costly higher education institution in the world!

However, it’s worth mentioning that around 70 percent of students at Harvey Mudd College receive some sort of financial aid, usually a mix of scholarships, grants, loans and work study.

This private college was founded in 1955 and ranks second in terms of STEM Ph.D. production in the country, hence the hefty fee.

Furthermore, it also constantly scores in the top 20 of Forbes’s best schools in the country so you know the education it provides is all worth the tuition.

Not to mention that this college’s engineering program is also considered the very best in the United States.

Other popular courses it offers are Mathematics, Information Technology and Sciences. 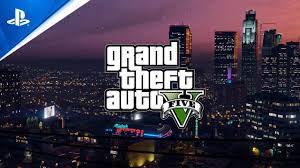 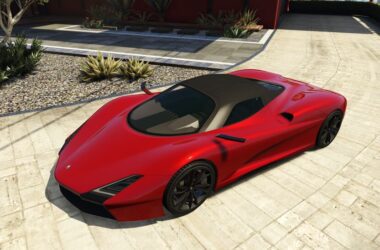